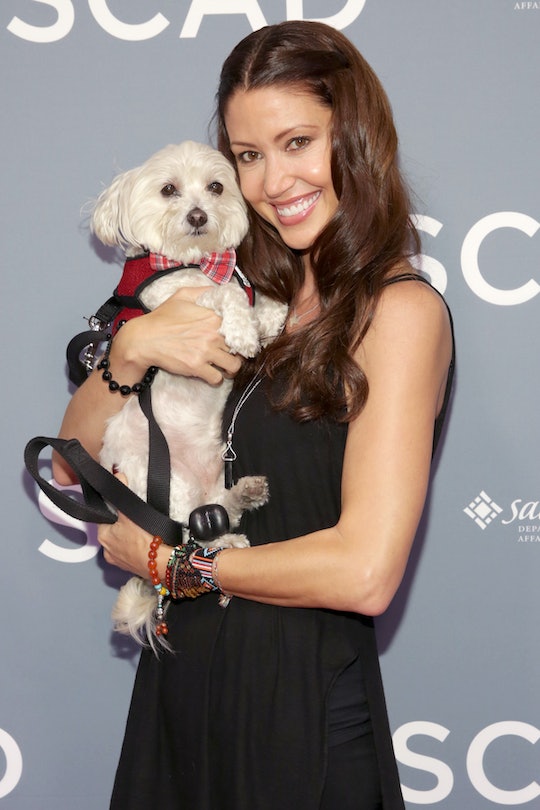 Shannon Elizabeth Could Develop A Showmance On 'Celebrity Big Brother'

One of the most interesting parts about Big Brother are the showmances, which are romantic relationships that develop between the houseguests. However, on Celebrity Big Brother it seems the chances of a showmance happening are slim, especially because many of the houseguests are married. Still, it is worth noting the relationship status of the celebs moving into the house. For instance, is Shannon Elizabeth single?

A year after American Pie 2 was released, Shannon married her longtime boyfriend and actor Joseph D. Reitman in Mexico back in 2002. Unfortunately, the marriage didn't last and they were divorced in 2007. Since then Shannon has been linked to a number of other celebrities. After she was paired with Derek Hough for Dancing with the Stars in 2008 the duo ended up dating, but broke up after a year. However, in 2012 she said that the two were still close friends and even had dinner together.

Then in 2014, Shannon dated hip-hop mogul Russell Simmons. The couple are both vegans and were seen visiting a vegan eatery together. They also attended Clive Davis' pre-Grammys party together that year. However, it seems the couple has since parted ways and it doesn't appear that Shannon has seriously dated anyone else since then.

Instead Shannon has been focusing her time on being an animal activist. Back in 2001, she founded the nonprofit organization Animal Avengers with her ex, Reitman. Originally it was just meant to be a dog and cat rescue in Los Angeles, but after learning about the killing of a number of animals across Africa the organization shifted focus. Now Shannon lives in Cape Town, South Africa with her dog, Peanut, and through her organization she fights to protect animals there and in other countries in Africa. The organization still does work to help animals in the U.S. and often pays for surgeries for animals in need on a case-by-case basis.

Besides that, Shannon seems to be enjoying the single life with her friends and her dog, someone she said on Instagram that she'll miss dearly while being in the house. Of course, it's not surprising then that in her cast bio she said she wished she could bring him into the house with her. She also said she would liked to bring an invisibility cloak and a computer so she could watch the Live Feeds, which is actually very smart. What better way to know if someone's lying to you than by watching the live feeds? That's probably why that's not allowed.

Anyway, in terms of Shannon's actual strategy, she has a pretty good one. It turns out Shannon is actually a Big Brother super fan, and as such she knows better than anyone that it's best to expect the unexpected in the Big Brother house. Hence, her strategy is to constantly change her strategy. She plans on taking what she's learned from watching some of the big players of the past and using what they did along with making up her own strategies to win the game.

"I am hoping for some big, loud, outgoing personalities that can stand out as big targets right off the bat," she explained. "I, meanwhile, will be setting up my alliance and picking people off one by one." Obviously Shannon knows exactly what she's doing. Still, although she definitely has her sights on winning the grand prize at the end of the day she just wants to play a "really fun game."

You can see how Shannon does in the house when Celebrity Big Brother premieres Wednesday, Feb. 7 at 8 p.m. ET on CBS.