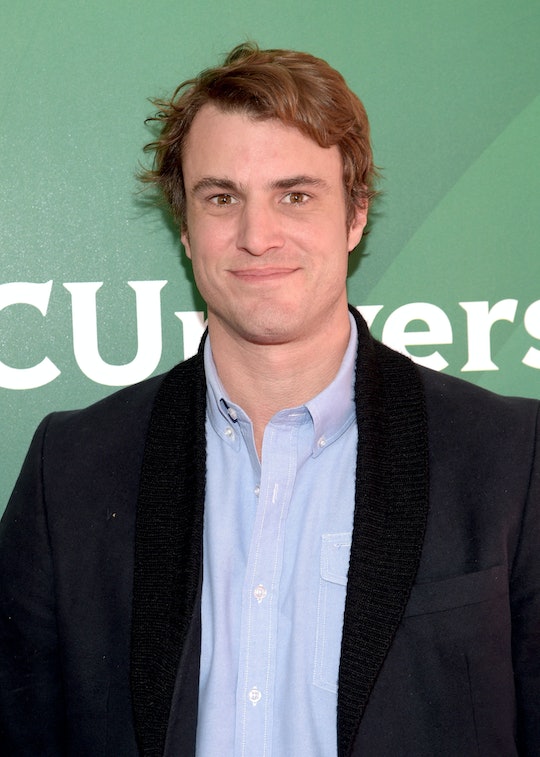 You love him for his sage advice on relationships and the way he smacked some sense into Craig on Season 2 — but can you actually love Shep Rose from Southern Charm without infringing on someone else's man? That's a good question — and surely one that fans will be asking when Season 3 of Southern Charm begins on Monday. Season 2 of the Bravo show presented a different Shep, a changed Shep if you will. This Shep moved in with Whitney. This Shep gave advice to Craig. This Shep reconnected with Landon, a friend from college who never became the girlfriend we were all expecting. So, as Season 3 approaches, you're probably asking yourself: Is Shep Rose of Southern Charm single?

Well, well, well. Welcome to my little lair of dissecting Shep's Instagram for fans alike who are wondering the same thing. Here, we look for common themes of love, we look for faces that make more than one appearance, and most importantly, we look for a caption that says "this is my girlfriend, [insert name here]." Because Shep likes to make things a little difficult, he has not provided any of the above things, which leads one to think that Shep Rose is indeed single and, dare I say, ready to mingle.

Remember in Season 2 when Landon Clements came to play in Charleston and everyone thought that she and Shep were going to start something up again, now that the stars were aligned and the odds were possibly in their favor? And then remember how that never happened? It was disappointing, sure, but that doesn't mean it's the end-all, be-all for our man Shep. In fact, he's been making some big moves into adulthood since fans last saw him, like becoming a father.

... To a beach — sorry, did I not mention that? Who even knows if he even adopted said California beach. I can't imagine parenting across the country is particularly easy, but hey, what do I know?

Shep's Instagram and Twitter don't read as someone who has entered into a romantic relationship with one person. But, that doesn't mean he isn't having fun. In fact, judging by some recent photos with his cast mates, I'd say Shep is having the time of his life.

So, let's not worry about Shep. He's doing just fine. For all we know, he could be in a secret relationship that has not made its way to Instagram, yet. We'll have to watch Season 3 to find out.