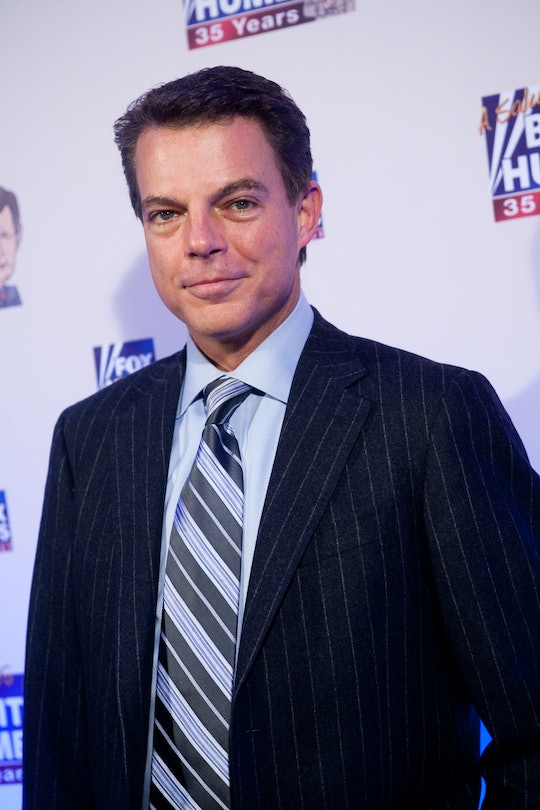 Is Shepard Smith Dating Anyone? The Fox News Anchor Dropped A Hint About The LGBTQ Rumors

For years, longtime Fox News anchor Shepard Smith has been a target of tabloid rumors, speculating about his sexuality. On Monday afternoon, multiple news outlets reported that the 52-year-old journalist allegedly "came out" as gay in an sit-down interview with The Huffington Post and addressed whether the network’s former CEO Roger Ailes had used homophobic slurs in the workplace and forced him to hide his sexuality. In the interview, the Fox News anchor dropped a hint about the LGBTQ rumors — naturally leading many to wonder if Shepard Smith is dating anyone.

Although Smith did not directly answer that question — in fact, he rarely discusses his sexual orientation and personal life — Smith reportedly and inadvertently answered the long-speculated question by denying that his former boss had ever created an uncomfortable work environment for him. News of this broke after The Huffington Post writer asked Smith if Ailes pressured him to remain closeted for the network.

"That's not true," Smith told The Huffington Post. "He was as nice as he could be to me. I loved him like a father."

The Huffington Post then asked Smith if Ailes had ever made homophobic remarks when he was around. "No, never. He treated me with respect, just respect," Smith responded. "He gave me every opportunity in the world and he never asked anything of me but that we get it right, try to get it right every day.It was a very warm and loving and comfortable place."

Back in 2014, Gawker ― the now-defunct website that filed for bankruptcy as a result of the $140 million judgement against the company over privacy issues involving a Hulk Hogan sex tape ― reported that Smith was romantically involved with a male 26-year-old Fox producer and was forced to conceal his sexuality because Ailes allegedly told him that a gay anchor wouldn’t suit the network’s conservative audience.

"This story is 100 percent false and a complete fabrication," Fox News spokespersons wrote in response. "As colleagues and close friends at Fox News for 18 years, our relationship has always been rooted in a mutual respect, deep admiration, loyalty, trust, and full support both professionally and personally."

In the same Huffington Post interview, Smith then explained that his trust in Ailes was ultimately lost after more than two dozen women came forward to accuse the network's former CEO of sexual harassment, leading to numerous lawsuits and ultimately the end of his 20-year reign at Fox News.

"I trusted him with my career and with ― I trusted him and trusts were betrayed," Smith said. "People outside this company can’t know [how painful that betrayal was]. This place has its enemies, but inside, it was very personal, and very scarring and horrifying."

Smith reportedly coming out as a leading anchor marks a progressive step towards diversity for the conservative network, joining CNN’s Anderson Cooper and Don Lemon along with MSNBC’s Rachel Maddow.

Amid the allegations of sexual harassment surfacing and Ailes leaving his position, Smith explained his future plans for the Fox News to The Huffington Post: "We have to make sure legally everybody's protected and have to make a commitment to be the most transparent, open and welcoming organization of our kind in the world, and I'm determined to be a part of the team that makes it happen."