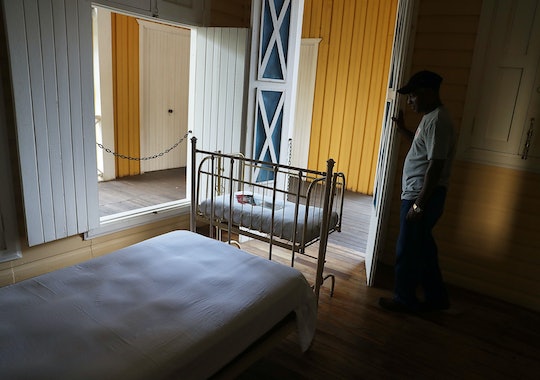 SIDS Is More Common Among These Income Groups

In January, New Jersey became the first state to offer expectant parents a free baby box for their infants. The baby box, a concept first develop in Finland, is meant to give newborns a safe space to sleep, thus reducing the rates of sudden infant death syndrome (SIDS). Since then, a handful of other states have introduced their own baby box registries. The program has reignited discussions in the states about SIDS prevention, including which populations are most affected by the syndrome. For example: Is SIDS more common among certain income groups? Studies have shown that higher rates occur among low-income families.

Researchers behind a 1995 Journal of Pediatrics and Child Health study analyzed data from five census periods between 1971 and 1991, and discovered that low-income families had three times the rate of SIDS than families in upper-income brackets. Another study published two decades later in the Southern Medical Journal came to a similar conclusion; researchers who studied census data and vital statistics from 1990 and 2000 found a significant link between poverty and SIDS. These numbers fluctuate when broken down by race — SIDS rates have been highest among Native Americans and black families.

Whether or not a family will be affected by SIDS depends on a number of risks factors, according to KidsHealth. Researchers behind the Paediatrics and Child Health analysis theorized that low income families see higher incidences of sudden and unexplained infant deaths because they're more vulnerable to certain causal factors, including poor prenatal care and premature or low birth weight. But that disparity is more informed by systematic racism and classism than anything else.

Poor prenatal care and premature or low birth weight have both been linked to a lack of access to affordable sexual and reproductive health care, which affects families of color — particularly black people — most of all. This is what made the Affordable Care Act so monumental for millions of Americans across the country. With the ACA, former President Barack Obama had opened the door to parents and soon-to-be parents who were routinely shut out of the health care system. Expanding Medicaid and mandating coverage of preventive care, including prenatal and well-baby visits, allowed all families in all income brackets to take care of health consistently and without worry. The GOP's American Health Care Act threatened to take that away, which would have meant a possible increase in SIDS rates.

Now that the AHCA has been defeated, families can continue to protect their newborns at no cost to their lives. Hopefully this kind of vital preventive care will be included in Trump's next iteration of a health care bill so the families won't have to go without care.