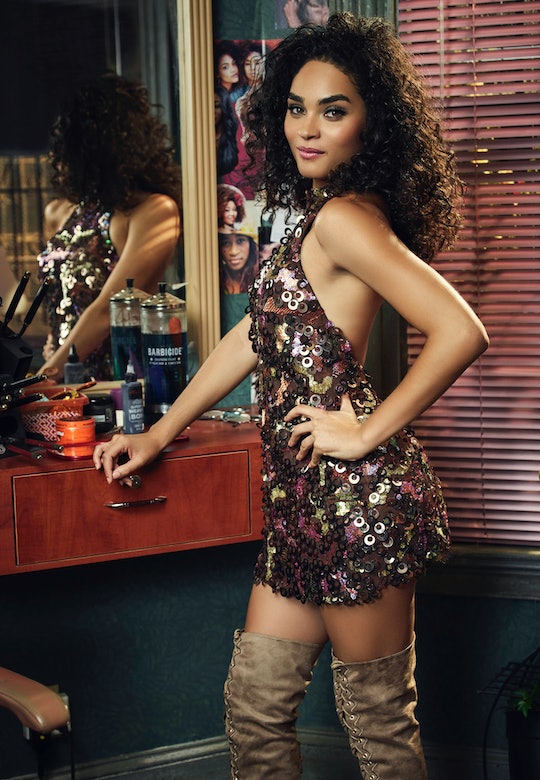 Simone's Fate Is Uncertain On 'Star'

Though there have only been two episodes of FOX's new series Star, it gallops through plot at an astounding rate. Things that would unfold over the course of seasons on another show happen in two minutes on Star, resulting in a lot of sudden surprises and plenty of lasting consequences. Simone, in particular, hasn't been handling any of it very well, but she's also been through worse than most. After an indeterminate amount of time being sexually assaulted by her foster father, Otis, Simone watched her sister Star stab him in the back and leave him for dead. Simone's trauma manifested in self-destructive tendencies and she rapidly spiraled into addiction. It may have cost her her life, but is Simone dead on Star?

It was immediately clear that Simone wouldn't get over the whole stabbed-a-guy-and-left-him-for-dead thing as easily as Star did. Simone was plagued with nightmares and woke up screaming, then self-medicated with weed and booze. With no one but Star to talk to about it — and Star unwilling to discuss things any further — Simone's suffering only got worse. A particularly tough nightmare led to her taking a bunch of pills, along with a couple of hearty swigs of alcohol, and that in turn caused her to collapse right after a passionate church solo. The episode didn't reveal her fate, but things didn't look good for Simone.

"The Devil You Know" closed with Simone unconscious in an ambulance while her godmother Carlotta prayed that Simone wouldn't end up like her mother, who died of an overdose when Simone was just a child. The final moments of the scene didn't inspire much hope: the EMTs who were trying to revive Simone looked uneasy, and Carlotta appeared to be mouthing the word "no." But this is a show looking to build suspense; why reassure your audience when you can stretch out the tension another week?

I wouldn't put it past Star to kill off Simone this early in the game, even though I also don't think she's actually dead. This show loves to drop huge life-changing moments right where the audience least expects them, and Simone dying would definitely fall into that category. She is an endearing character who the audience wants to see succeed after all she's been through, and her death would be the kind of big, shocking moment Star is seeking to create. And it looks like the show is setting up Star and Alexandra as the two powerhouses in the group, so Simone's loss could both propel them forward and set them even more at odds.

However, losing Simone this early would be a waste of a very promising character. There is still so much story to tell with her that it seems likely Simone's overdose is just a chapter in her story — not an ending. We'll find out for sure next week.