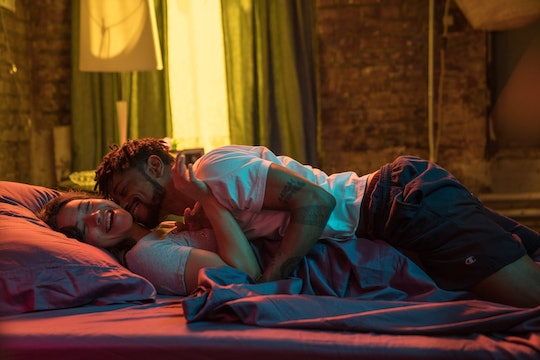 Now *This* Is What A Rom-Com Should Look Like

Among some of the best movies are those grounded in a previous work. Big hits like The Hate U Give, The Fault in Our Stars, and Eat, Pray, Love were all books before their big-screen adaptations. Someone Great now streaming on Netflix straddles that line between what's believably real, and fiction so good, it seems like it'd have been somewhere else before. That said, if you're wondering if Someone Great is based on a book, you'll hope it was (so you can experience it in multiple formats).

Unfortunately, Someone Great isn't based on any book in particular, though that doesn't mean there wasn't inspiration taken from some of the great books out today. This rom-com, with its feel good premise and all-star cast will be your next streaming service obsession. According to the official Netflix description, the movie is about Jenny, an aspiring music journalist, who ends her nine-year relationship when she gets a chance at her dream job on the other side of the country. For her last night in NYC, Jenny's BFFs help mend her broken heart with one final night of adventure and debauchery.

In the Someone Great trailer, when Jenny realizes the consequences of taking that cross-country job is breaking up with her long-term boyfriend she turns to her BFFs (Snow and Wise) to tear up the streets of NYC one last time. Is there anything better than a night out with your besties? (No. The answer is no).

The film, which would make a great beach read (if someone wants to get on that) leans toward the friend-focused as opposed to Rodriguez's character jumping into another romantic relationship which is refreshing as hell, so grab your besties and curl up for this one. BFF-centric film to hit the streaming service will require all the tissues and besties you can gather. Someone Great centers female friendships, and how they can get you through your hardest times. Yep — definitely sounds like it'd be an ah-mazing book, IMO.

Matt Brodlie and Ian Bricke, Netflix's co-heads of Original Independent Film, told TheWrap back February how they "saw an opportunity to hone in on the forgotten romantic comedy genre," and get in on its latest "resurgence." With the popularity of a movie that encapsulates the romantic experiences with some levity, Someone Great could be the ticket to a whole new lineup of originals to come. There may even be tones reminiscent of some of Netflix's other original rom-com hits like To All the Boys I've Loved Before, Kissing Booth, or Set It Up, with one major difference — while it seems as though there could be a few tears with the breakup, Someone Great is definitely a Paul Feig co-produced comedy (Bridesmaids), so go in prepared to laugh your butt off, probably.

There are plenty of other book to TV or film adaptations you can sink into, but Someone Great isn't one of them. That doesn't take away from the relatable characters or experiences you might find within hundreds of pages of text. If anything, this story, with this cast may give you the proper visuals and inspiration to live your best life — no matter what challenges come your way.