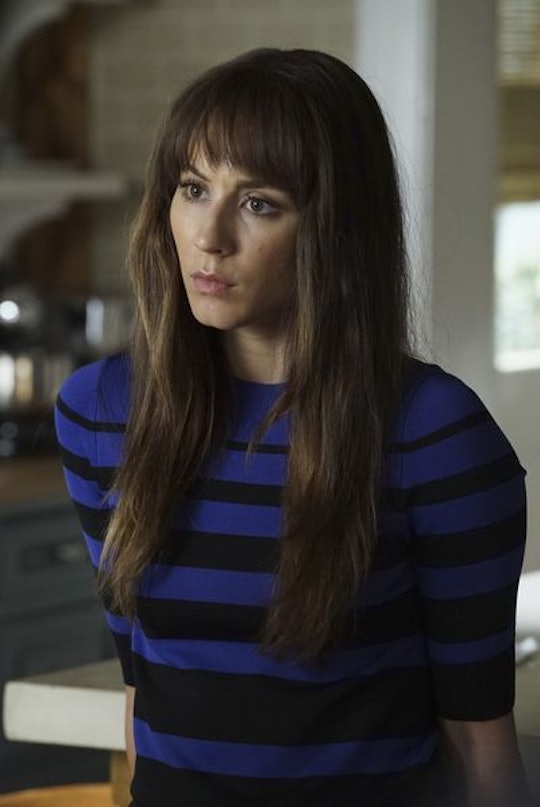 Is Spencer Dead On ‘Pretty Little Liars’? It's Too Soon To Tell

The Pretty Little Liars midseason finale went off with a bang. Literally. After being teased about someone dying in this major episode, the writers didn't disappoint. So is Spencer really dead on Pretty Little Liars or did someone else meet the axe? Although this episode teased there would be one major death we were hit with three. Well more like one definite one and two other possible deaths but still. This episode was a serious blood bath.

Going into this episode it was clear it was going to be messy but this may have been the most blood spatter episode of Pretty Little Liars to date. After the Liars discovered Noel had escaped Hanna's apparently not tight enough bondage, A.D. sent them a quick text setting up an exchange: the tape of Hanna's kidnapping of Noel for the hard drive with the doll house tapes. Naturally this was a trap, or a Death Trap if you will but the Liars really didn't have any other choice. Except maybe go to the police?

Instead they head off to the mysterious location where Jenna tells them to put the hard drive on the table, over a loud speaker, and then the Liars head upstairs to retrieve the tape. As always things aren't that easy and just when the Liars are about to leave Emily and Hanna make the mistake of actually go back upstairs to get Emily's cell phone. Seriously Emily, you couldn't just leave it? Apparently not, and thus the bloodbath began. Noel started the hunt for the two Liars that subsequently ended with him being beheaded by an axe. Ouch! Meanwhile Jenna was hunting for the rest of the Liars with a gun even though she's blind.

Playing what seemed like a futile cat and mouse chase Jenna is able to get a shot off, hitting Spencer in the chest. Then out of seemingly nowhere Mary Drake appears, knocking Jenna down and away from Spencer who, surprise, is Mary Drake's long lost other daughter. Or at least that's what Mary Drake believes anyway. I'll wait for DNA confirmation.

As Spencer is bleeding out on the floor Mary holds a hand to Spencer's wound while the Liars struggle to digest this revelation. Although Spencer took a shot to the chest, which is typically a pretty fatal shot, there's no doubt she'll make it out of this alive. Based on the preview for the last 10 episodes of Pretty Little Liars (ever!) it looks like Spencer will be just fine.