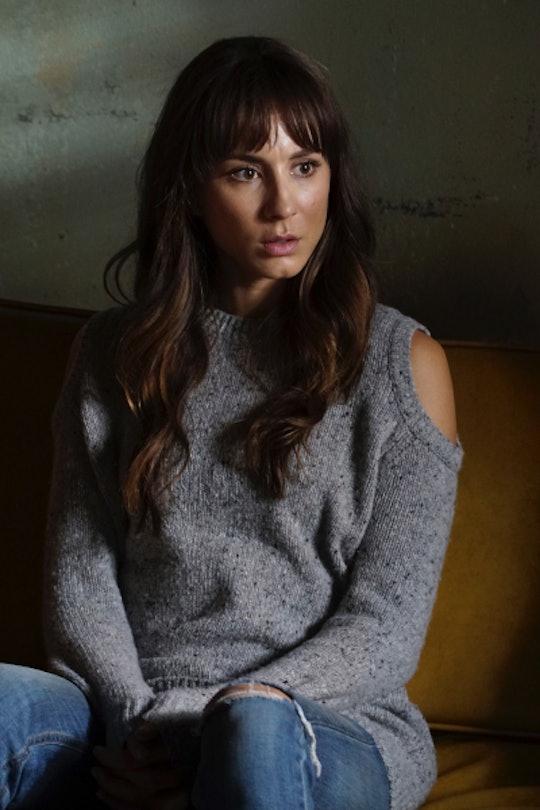 With every passing episode of Pretty Little Liars there seems to be yet another twist. On the latest episode, the Liars found Jessica DiLaurentis' secret storm cellar lair where she kept files on everyone in Rosewood, as suburban moms tend to do. Looking through the files, the Liars discovered that Mary Drake had another child that's around the same age as the Liars. It's unclear what the sex of the child was so at this point it could really be anyone but it seems very possible that Spencer is Mary's second child on Pretty Little Liars.

Over the course of seven seasons of Pretty Little Liars, the name "Mary" has come up a lot in association with Spencer. For example, in one of the flashback Halloween episodes, Spencer dressed as Mary Queen of Scots, and then in later seasons, when Spencer signed into the Lost Woods, she signed in as "Mary Smith." Why does the name Mary keep popping up in association with Spencer if it's not a hint at Spencer's true parentage?

The biggest clue that Spencer is really Mary's daughter is that her father, Peter, had an affair with Jessica, which led to Jason. It's possible that Spencer's father actually continued his affair with Jessica but accidentally slept with Mary one night instead of Jessica. This is especially plausible because no one knew that Jessica had a twin so Peter would've had no reason to suspect that she was someone different. However, once it was discovered that Mary was pregnant with his child, Peter and Jessica probably decided the best course of action would be to take the child from Mary and raise her as Peter and Veronica's child. How Veronica, who hated Jason because he was the product of the affair, could have taken in Spencer as her own child is the only flaw in this theory.

Still, it also seems interesting that, besides Ali, Spencer has had the most contact with Mary Drake since she popped up in Rosewood. Mary stopped by Spencer's house and it was Spencer that went to the Lost Woods and had a nice chat about Elliott (Archer) there. It seems like all the clues point to Spencer being Mary's daughter, but since this is Pretty Little Liars, the fact that Spencer seems to be the obvious choice most likely means it's not her — but if not Spencer then who?