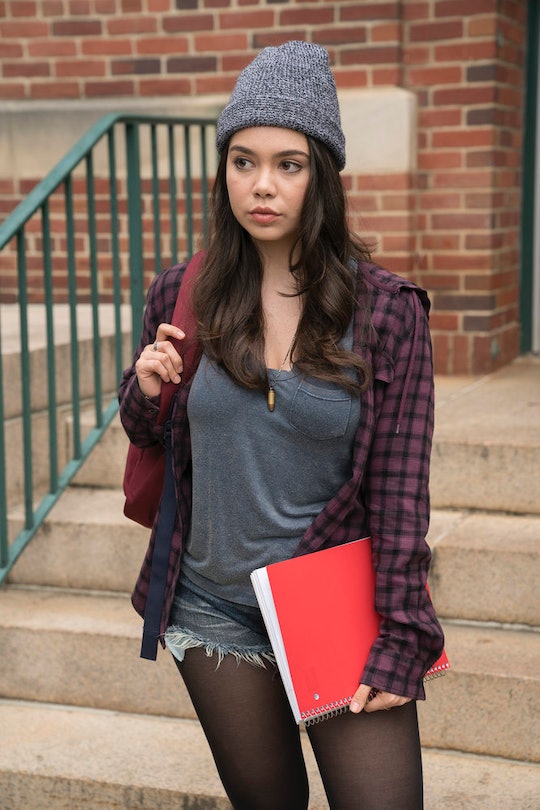 Stanton High School On 'Rise' Is Rooted In Real-Life Inspiration

If you like teen dramas and you enjoy musicals, then NBC's new series Rise is the perfect show for you. But what makes it all the more interesting is the fact that the story is loosely based on real events. So does that include the main setting of the show? Is Stanton from Rise a real high school? It turns out that it's based on the famous, real-life theater program at Harry S Truman High School in Bucks County, Pennsylvania. So the answer to that question is both yes and no. There's not a school named Stanton, but the idea behind it is definitely pulled from a real place.

The show's official description reads: "When dedicated teacher Lou Mazzuchelli (Josh Radnor) sheds his own self-doubt and takes over the school's lackluster theater department, he galvanizes not only the faculty and students but the entire working-class town." The story is being described as Friday Night Lights meets Glee (which sounds amazing), and is based on the non-fiction book Drama High: The Incredible True Story of a Brilliant Teacher, a Struggling Town, and the Magic of Theater by Michael Sokolove. Sokolove's book describes theater teacher Lou Volpe, and Volpe's theater department at Harry S Truman High School in Levittown, Pennsylvania. Volpe transformed his high school theater department into something legendary, drawing the attention of theater bigwigs everywhere. Broadway would actually try out controversial plays like Spring Awakening at the school before moving on to other high schools throughout the nation.

Sokolove was a former student of Volpe's, and his book followed the famous teacher in the last year's at the school, as well as a group of gifted student actors. In the show, the basics of this story are adhered to, though the show has taken some creative liberties to transform the non-fiction biographical work into a piece of musical theater (well musical theater adjacent) in and of itself. So while the show is inspired by real people, places, and events, it's not exactly a true story in the traditional sense of the word.

For example, the show was accused of "straight-washing," in its characterization of the famous teacher. Volpe was a closeted gay man who was married and had children. He eventually came out, but it was a long struggle. In the show, the character's name is Lou Mazzuchelli, and he is straight. The show has denied claims of straight-washing, pointing to their nuanced depictions of sexuality in the teens. Showrunner Jason Katims and executive producers Jeffrey Seller and Flody Suarez additionally released a statement to Entertainment Weekly amidst the backlash, stating:

The misinterpretation by some of what we've done with this show goes against what we fundamentally believe and who we are as individuals. We are firmly committed to LGBTQ inclusion, and most of all, are excited for the community to see Rise, which we believe portrays positive depictions of LGBTQ characters and stories on broadcast television with honesty and sensitivity. To that end, we worked with GLAAD on the show's LGBTQ storylines to ensure they are told with respect and authenticity.

Basically it looks like the show is using the basics of the real life story as a springboard from which to launch the show's stories. That means that Stanton High School in the show is based at least in part on Harry S Truman.

The real life high school lead by Volpe became famous across the country for its theater program. Since the school on the show is based on this school, perhaps the growing importance of the high school's theater program could become a plot point later on in the season. Will this show stay grounded in its small-town roots? Or will the kids get a taste of the big leagues? In either case, I'm looking forward to seeing how this real life story develops on-screen.