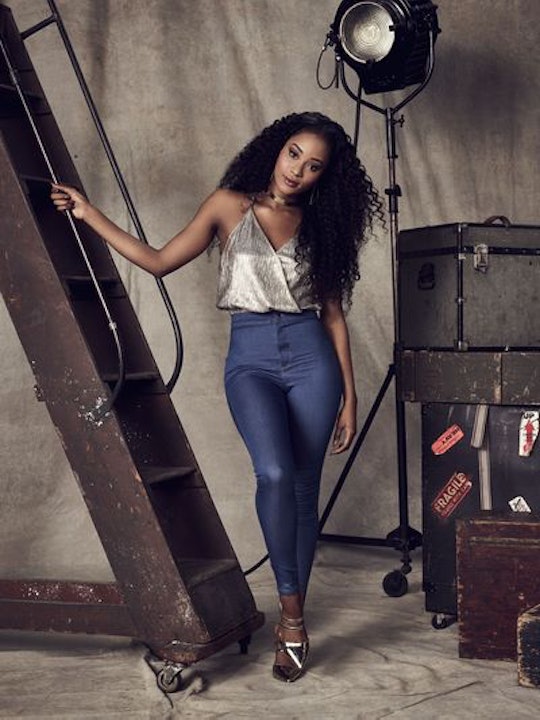 This 'Famous In Love' Character's Fate Is Uncertain

Pretty Little Liars executive producer I. Marlene King has a new show, and it's not surprising that it involves a little mystery. Protagonist Paige Townsen (played by Bella Thorne) finds herself thrust into a life of fame when she lands a role in a Hollywood blockbuster film. While adjusting to her new life, she discovers the truth about missing popstar, Tangey Turner, played by Pepi Sonuga. So is Tangey Turner dead on Famous in Love? It's honestly too early to tell.

Sonuga is listed as appearing in all 10 episodes of the first season on IMDB, which could be a good sign that she's alive on the show, but that could also mean she appears strictly in flashback form only. According to her character's Famous in Love wiki description, she was romantically connected to Jordan Wilder (Keith Powers) and Rainer Devon (Carter Jenkins) before she disappeared. Both guys now serve as Paige's new costars and potential love interests. It's possible Tangey appears in flashbacks with them, which is why she's listed in all the episodes. But could they have had something to do with her disappearance? Could this mean Paige herself is in danger?

Based on King's track record for murder mystery-type dramas, it wouldn't be surprising if Tangey was dead. The pilot episode ending with that big reveal would be reminiscent of the PLL pilot, when the Liars discovered Ali was "dead" and she wasn't actually the "A" that was tormenting them. Granted, Ali ended up not being dead after all, so you never know with something like this. Maybe she faked her death in order to escape someone who was after her.

Fans may not even find out the truth of Tangey's disappearance in the first episode. It could be the mystery that follows the whole first season. And although the show is based on the book series of the same name by Rebecca Serle — who also co-created the show alongside King — it appears Tangey is a new character that was not in the novel. Therefore, fans won't find any answers to the mystery there.

Thankfully, if you're impatient and want to get to the bottom of the mystery as soon as possible, you'll be able to binge watch the entire first season after Famous in Love premieres on Tuesday, April 18. The whole first season will be available on Freeform.com, the Freeform app, Hulu, and On Demand, right after the premiere, so you won't have to wait to get answers.

You can start to discover the truth about Tangey's disappearance when Famous in Love premieres on Tuesday, April 18 at 9 p.m. ET on Freeform.