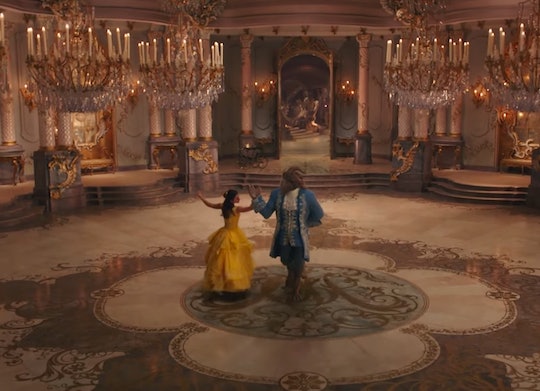 How To Enjoy The 'Beauty & The Beast' Soundtrack

If you can't wait to watch Beauty and the Beast because you're dying to hear the new renditions of old Disney classics, guess what? The soundtrack is already available for pre-order on Amazon, and you can get it before you even see the movie on the big screen. If you already use a music subscription program, though, you may be wondering if the soundtrack is included in your monthly fee. In other words, is the Beauty and the Beast soundtrack on Spotify?

Absolutely. To many fans' surprise and delight, the album became available for streaming on Spotify as soon as it was released on March 10. So if you haven't started hyping yourself up for the movie release yet, you can stream the full album on Spotify ASAP and start getting psyched with classics like "Gaston" and "Be Our Guest."

You may have already heard Ariana Grande and John Legend's duet — a rendition of the appropriately titled "Beauty and the Beast" — since it was made available on Spotify in early March, but now the full roster of songs is up on the streaming site.

For those who want to own the soundtrack, though, it can also be ordered online on Amazon for $15.49 or on iTunes for $9.99. iTunes will also let listeners order individual songs for $1.29, and "Beauty and the Beast" and Josh Groban's "Evermore" were already available for purchase as of March 9.

The two-disc album contains songs by Emma Watson (yeah, I didn't know she could sing, either), Celine Dion, Ewan McGregor, Emma Thompson, Alan Menken, and other stars. There are a total of 52 songs across the two discs, as well, so if you do end up purchasing — rather than streaming — the soundtrack, you'll definitely get your money's worth.

One final, quick heads-up: Disney will be dropping a "deluxe edition" of the soundtrack on the same day as Beauty and the Beast hits theaters, according to Playbill — so if you want to wait for the fancy version with all of the extras (in this case, a 12" by 12" lithograph), maybe hold off on buying the album until March 17.