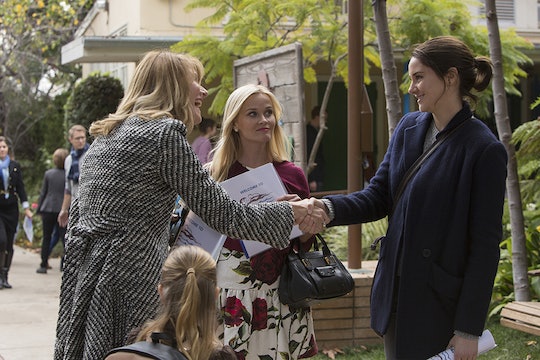 'Big Little Lies' May Stray From The Book

The "biggest" big little lie in HBO's newest series seems to be who dies on Trivia Night as well as who murdered them. The show is based on the bestselling novel of the same name by Liane Moriarty. Many elements of the show remain the same, but not everything. For one, the entire setting is different — California, not Australia. The question, then, holds: is the Big Little Lies victim the same as the book? It would not be the first change, so readers may be in for a surprise once the mystery is finally solved.

Moriarty's 2014 novel takes place in her home country, Australia. Actresses Reese Witherspoon and Nicole Kidman bought rights before it was even published. Kidman even met Moriarty in Australia to discuss it. The decision to change the location was, according to Witherspoon in an interview with Variety, a group decision. "I think we all agreed that [Monterey] brought more of the sense of a small community where everybody talks about each other," she said. While not so much a story element, the setting is crucial to the plot — if the community was not a close knit, oceanside town it would not remain true to the novel.

The producers, then, are not afraid to stray from the original text. There is another, smaller, difference: the children are aged up from kindergarten to first grade. They've also sprinkled tiny additions to the plot along the way. For example, Ziggy never tries to kiss Amabella as a way to "make up" for bullying on the first day of school. Would they be so bold as to change a major plot point as the Trivia Night victim as well? (Warning: spoilers from the novel ahead!)

As of now, all signs point to the story progressing as it did in the novel with Perry being the mystery victim. The clues are the same: Perry is abusive, Jane was assaulted by a man named Saxon Banks, Ziggy's father is unknown. It's likely that it will be revealed that Perry is Saxon Banks, and in a surprise twist Bonnie is the one to kill him (as she was a victim of assault herself and couldn't bear to see what was happening).

Perhaps, though, there will be a twist (and an especially big twist for readers of the novel). According to Witherspoon's interview with Variety, she asked executive producer David E. Kelley for a major character arc change for Madeline. Could that mean that she's somehow involved in this murder? Could she be the victim? It seems unlikely, but we'll have to watch until the end to know for sure.