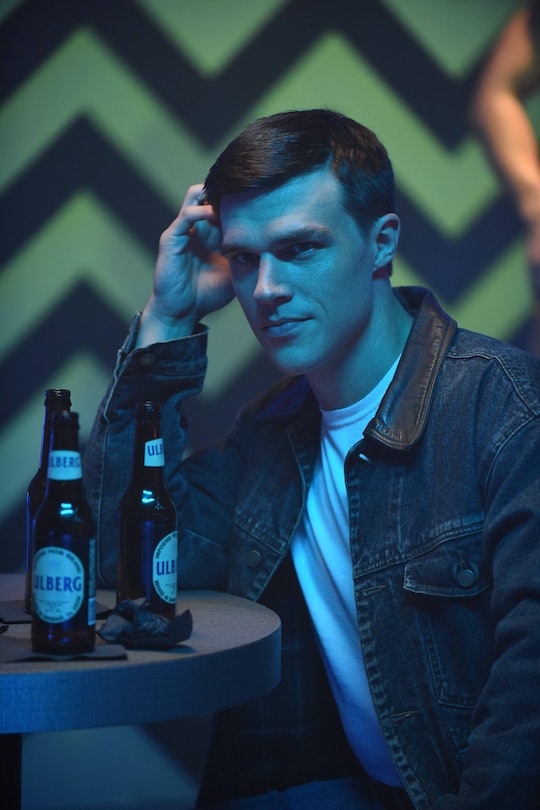 In "Don't Ask Don't Tell," The Assassination of Gianni Versace delves into the life of Andrew Cunanan's first victim, his former friend Jeff Trail. It focuses on Trail's time in the Navy and how he was forced to remain closeted because of the homophobic culture and rules of military service. At one point, a superior officer hands him a comic book-style pamphlet about homosexuality in the military. But is the "Don't Ask Don't Tell" comic in Versace real?

On the show, the pamphlet is entitled Dignity & Respect: A Training Guide on Homosexual Conduct Policy. Using cartoonish drawings and packed speech bubbles, it breaks down the Don't Ask, Don't Tell (DADT) policy that was instituted in 1993. It banned openly LGBT+ soldiers from enlisting or forced them to remain closeted while also supposedly preventing discrimination. Versace shows how it created an atmosphere of secrecy and repression that left LGBT+ soldiers terrified of what discovery could mean for their lives.

Trail received the comic around November 1995, based on the show's timeline, and is told that it's about protecting the military's standards and code of conduct. The military really did hand out these pamphlets, and the one on the show appears to be visually identical to the real thing. However, it doesn't seem to have been in circulation during the real Jeff Trail's time in the Navy.

The Huffington Post reported that the Dignity & Respect comic was published in 2001, a full six years after it was given to Jeff on Versace. In the pamphlet, a character named Major Rivers explains how DADT works to a room of attentive soldiers by relating a story of a soldier who was discharged because of rampant rumors that he was gay. But don't worry, Rivers also tells someone to make sure the soldier in question isn't given a "hard time." According to the ACLU, the inside cover of the Dignity & Respect read, without even a hint of awareness about the irony of it:

Our mission is to comply with the law that prohibits homosexual conduct while at the same time respecting the privacy and dignity of every soldier.

Right, because treating someone like a second-class citizen because of a basic facet of their identity is totally respectful. Upon discovery, LGBT+ soldiers could be discharged from service, but Episode 5 of American Crime Story Season 2 also depicts the harassment they could suffer from other soldiers who suspected their fellow comrades were gay or bisexual. DADT may have been intended to stop discrimination, but that was impossible when the policy itself was discriminatory.

The comic was authentic, even if it never would have made its way into the hands of the real Jeff Trail. The timeline was readjusted slightly so that the show could make a point and better illustrate the atmosphere Trail was living in and how it was mandated by law. The policy was not repealed until 17 years later in 2010, during Barack Obama's presidency, but it was very much in play during Trail's service whether he read a comic about it or not.

Another thing the episode spent a lot of time on was an anonymous interview Trail did with 48 Hours about being closeted in the military, which was something the real Trail did as well. However, once again the timeline was condensed; all of the flashbacks in the episode seemed to take place in 1995, whereas the real interview happened in 1993. One can assume that this was done to make things clearer and more streamlined for the audience, because jumping around in time too much can result in confusion.

Events may have been shifted around in "Don't Ask Don't Tell," but much of what Jeff Trail was dealing with was very real.