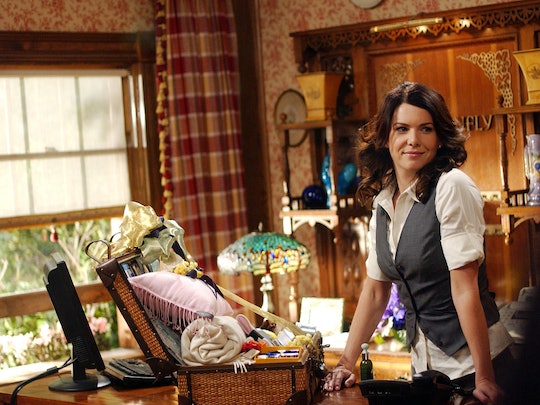 Is The Dragonfly Inn Still Open In The 'Gilmore Girls' Revival? It's Still In Business

In Season 4 of Gilmore Girls, Lorelai and Sookie finally made their dreams come true and opened their own inn. And while they both felt a bit guilty for benefiting from Fran's death (thereby allowing them to purchase the Dragonfly once and for all), getting to see them make the inn of their dreams was kind of worth it (sorry Fran!). Running their own business had its up and downs, but overall Lorelai and Sookie loved having their own place, which is why fans are undoubtedly glad to see that the Dragonfly Inn is still open in the Gilmore Girls revival.

Yes, Lorelai is still running the inn, but it's unclear what Sookie's role will be with the business at this point in their lives. Although it's been confirmed that Melissa McCarthy, who played the lovable Sookie on the show, was able to squeeze in some time to appear in the revival, it will only be for a short appearance. Therefore, it's possible there will be some reason for why Sookie stopped working there, leaving Lorelai to run things on her own. But then again, this seems unlikely since Jackson will definitely have a larger role in the revival and where would Sookie go without her husband? It's more likely Sookie will still be there, but viewers just won't actually see her until McCarthy pops in.

No matter what the case may be with Sookie, though, Lorelai won't be totally on her own because Michel is still very much around. Based on the preview it looks like Michel hasn't changed at all and will be just as sassy and grouchy as ever. Bless him.

However, while the Dragonfly Inn is still up and running, in an interview with Access Hollywood, Lauren Graham (who plays Lorelai) confessed that the Inn will be going in a different direction and Lorelai has to figure out how to handle all of that. Whatever this new direction the Dragonfly Inn is heading in may be, I hope it doesn't lose it's special small town charm with the garden gnomes, horses, and of course, Sookie's delicious cooking.

It seems like just about everyone and everything Gilmore Girls fans have come to know and love about the show will be back for the revival and fans can't wait to finally see it.