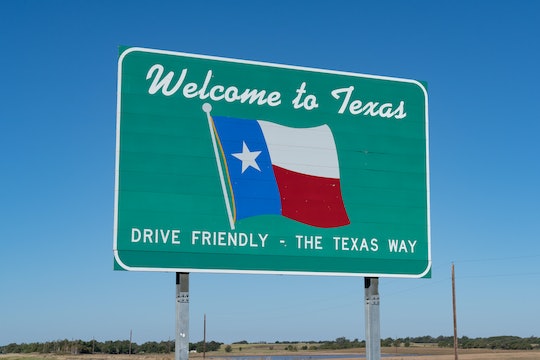 Are You In Danger Of The Flu In Dallas? Here's What's Happening In Texas

As you're probably more aware than you'd like to be at this point, this year is turning out to be a particularly bad one for the flu. And while no state has been spared from the deadly outbreak (except possibly Hawaii), some parts of the country have seemingly been hit harder than others — and Texas is one of them. So are you in danger of the flu in Dallas, Texas? As one of the state's major cities, there must be a high concentration of germs floating around, right?

Apparently, the answer would appear to be yes — the flu is a real danger in Dallas. At the time of this writing, 52 deaths were attributed to the flu this season so far by the Dallas County Health and Human Services; health officials were quoted by Dallas News as saying that's over three times the 17 flu deaths reported in the whole 2016-17 season, and it's still too soon to tell if local cases have peaked.

Even flu-related ambulance calls are up, according to Dallas News: Since November, MedStar has reportedly seen a tenfold increase (approximately) in calls, with an average of 19.5 flu-related calls per day in January (compared to November, when there was an average of 1.8 flu-related calls per day). Yet another tracking tool, the Walgreens Flu Index (which analyzes retail prescription data for antiviral influenza medications from Walgreens locations nationwide), shows North Texas as one of the most severely affected areas for the flu in the country now, with Texas ranking at the top among the 10 states with the highest flu activity.

While only one pediatric death has been confirmed so far (a 17-year-old) by DCHHS, several schools in the area have closed for days at a time to deal with an increased number of absences and possible contamination, CBS reports.

The health department is called when at least 10 percent of students are out sick, Dr. Matthew Vereecke (superintendent for catholic schools in the Dallas Diocese) told CBS.

“During those periods we go through and we make sure we’re following sanitation protocol, they’re wiping down every desk, they’re wiping down all the door knobs, they’re making sure that everybody is going to be is healthy when they come back,” he said. “The break also gives people a chance to make sure the virus can run its course, so that they’re not bringing infected kids back to school.”

Unfortunately, not every public place is going to go through similarly exhaustive measures to protect the health and well-being of everybody in the city, so if you're out and about, the risk is real. And also unfortunately, while getting the flu shot is still your best bet at avoiding the virus, it's no guarantee — especially this year. As an article in The New York Times explained, this year's vaccine is most effective against the H1NI strain, and the strain of flu that's making so many people so incredibly ill this season is the H3N2. Another interesting (and sort of horrifying) development for those in the area is that flu Type B numbers are also on the rise — earlier in the season than expected (flu Type A is the one that most people have been contracting thus far). On the bright (?) side, Type B tends to milder than Type A; on the not-at-all bright side, this actually means that you could potentially get the flu twice. As Dallas County Health and Human Services spokeswoman Renae Crutchfield told Dallas News, this year's number of positive tests for both types (6,810 for Type A and 1,390 for Type B, at the time of this writing) are twice what the county recorded at this time last year. Yikes!

While this is all undoubtedly very disturbing news for anyone in Dallas or thereabouts, you should know that it's not too late to get a flu shot (though it can take a couple of weeks for the vaccine to work). On their official website, the CDC recommends "ongoing flu vaccination as long as influenza viruses are circulating" and notes that the flu season can last all the way until May (though it generally peaks between December and February). The CDC also recommends that if you do start showing signs of the flu (fever, cough, sore throat, runny or stuffy nose, body aches, headache, chills), your should see your doctor ASAP, as the antiviral drugs prescribed to help lessen the severity and duration of the flu (such as Tamiflu) work best if you start taking them within two days of getting sick.