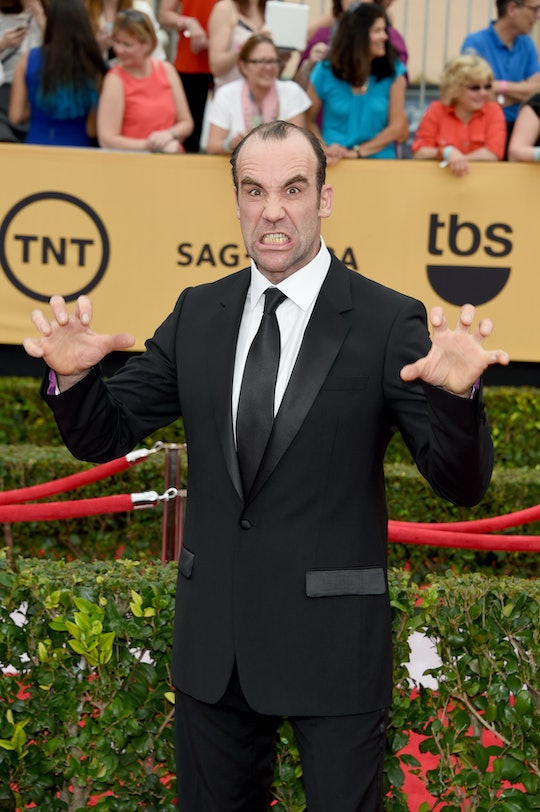 Is The Hound Returning To 'Game Of Thrones'? There's A Lot Of Evidence

At first glance, the title of the next episode of Game of Thrones, "The Broken Man," could refer to a few different characters, as so many of them have suffered and survived any number of tribulations. Fans have latched on to one character in particular that the title might refer to: Sandor Clegane, also known as the Hound. The last time Sandor was seen on screen, he was being left for dead by Arya, but there has long been speculation that he didn't actually meet his demise on that mountainside. Is the Hound returning to Game of Thrones?

Resurrection and return have been huge themes of the season so far, with many characters coming back after a long time away, like Bran and Benjen. Now that viewers have seen so many characters unexpectedly reappear, it seems less unlikely that the Hound will also be back. There have also been some key behind the scenes hints that could very well mean he's going to show up in Season 6.

If the Hound did return, it would likely be as the champion of the Faith in the upcoming trial by combat that determines Cersei's fate. This would pit the Hound against his resurrected brother Gregor, Cersei's champion, whom he has more than bad blood with.

In A Feast for Crows, Brienne and Pod come across a character who might be the Hound, though it remains unconfirmed. They travel to the Quiet Isle in their continued search for the Stark girls, and while there they meet a septon called Septon Meribald and have a conversation with a monk called the Elder Brother, who tells them that the Hound is dead and Sandor is "at rest." Fans have picked apart the statement to mean that the Hound – Sandor's vicious and violent persona – is gone, but that Sandor himself has started a new, peaceful life.

There are other hints that Sandor is living amongst the monks on the Quiet Isle. His horse Stranger is there and Stranger is known to be very nasty to anyone besides Sandor, so it stands to reason he could only be behaving because Sandor is on the island. Brienne also spots a novice monk digging a grave who is incredibly tall and large – suspiciously Sandor-sized – and who is described as "lame," which would make sense considering the injuries Sandor suffered.

The episode's title comes from a speech given by Septon Meribald that discusses "broken men" who are destroyed by war. The idea of a man ruined by battle could refer to the Hound, and the fact that the title comes from a character who might know the reformed Sandor feels significant.

Then there is the off-camera evidence. Actor Rory McCann, who played the Hound, was spotted in Belfast, where the show films, at a hotel HBO is known to use. That's not all; actor Ian McShane has been cast on the show in an unknown role that many think might be Septon Meribald based on the character description. IMDB lists him as appearing in "The Broken Man," without giving his character a name, and he did confirm to Pop Goes the News that his appearance was just a one off in which he would bring "somebody back that you think you’re never going to see again."

It definitely looks like everything is aligning for the Hound's return, which could lead to one of the most epic fights on Game of Thrones since Gregor Clegane poked a guy's eyes out. Fans have been waiting for years to see the Hound and the Mountain finally hash out their issues in battle, and they might finally get it this year.