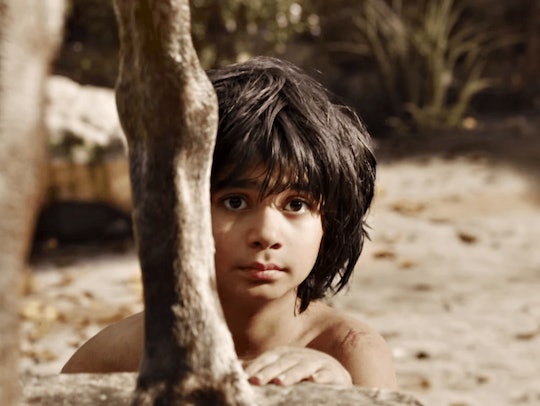 Is 'The Jungle Book' Too Scary For Kids? Mowgli Faces Real Danger In The Film

Disney's live-action remake of Rudyard Kipling's classic The Jungle Book doesn't come to U.S. movie theatres until later this week, but some critics overseas have posed the question: Is The Jungle Book too scary for kids? Though, to many, the live action turn of the classic film seems a natural fit for all kids (we all grew up on the cartoon version, after all), turns out that India's Central Board of Film Certification (CBFC) has deemed some of the animals "too scary" for children, particularly many of the film's 3D effects. The Jungle Book opened in India on Friday. In an interview with DNA last week, India's English newspaper, Indian CBFC Chair Pahlaj Nihalani said:

The 3D effects are so scary that the animals seem to jump right at the audience. It's not just the story that determines certification. It's the overall presentation, the packaging and most important of all, the visual affects used to tell the story. In Jungle Book the jungle animals jumping at the audience in 3D is startling.

The Jungle Book is rated PG by the Motion Picture Association of America (MPAA) for its American wide release this coming Friday. Fans have already gone after Nihalani brutally on Twitter, seeing the Indian U/A rating as a complete overreaction to the film's appropriateness for children. In India, a U/A rating stands for "Unrestricted Public Exhibition" but children under 12 must be accompanied by a parent to see the movie. In many ways, it's almost the same as a PG-13 rating in the U.S. — and currently one rating notch above what The Jungle Book is rated in the U.S.

The bulk of this discussion comes down to two very important points — your definitions of "too scary" and "kids." Nihalani's comments to DNA address as much as well:

Please don't go by the reputation of the book. See the film and then decide on the suitability of the content for kids... It's up to parents to decide how much of these effects are suited for their children.

Every kid is different and exposed to varying levels of violence, profanity, sex, and even gore across their many mediated platforms of entertainment. Just this weekend, our family watched a nature documentary about animals in Tanzania, complete with raw footage of lions chomping down on a zebra. My son turns three next month, and, as we were watching the movie, my husband even looked over at me and I could read the look in his eye: "Is this appropriate for a 3-year-old?"

I felt that since it wasn't some kind of manufactured scene — this is real life in the animal kingdom, after all — that it was okay for him to see, and that it could be a pretty cool teachable moment about that whole "circle of life" thing. On the flip side, my son has never watched me slaughter Super Mutants while playing Fallout 4 or seen his dad shoot down Storm Troopers in the latest Star Wars video game. When our son is watching TV with us, he's never really watched anything more violent than cooks chopping onions on America's Test Kitchen.

(And the occasional lion mauling a zebra.)

But the decision for any child to see The Jungle Book is solely up the parents. And it's entirely possibly your little one is ready (and excited) to see a CGI tiger chasing Mowgli through the savannah.

No matter what any ratings boards might say about a film, ultimately, it's our job as parents to step in and make the best decisions for our family viewing habits. Whether you think The Jungle Book might be too much for kids to handle is all up to how you and your family define "too scary" and "kids" — and you know your family best.