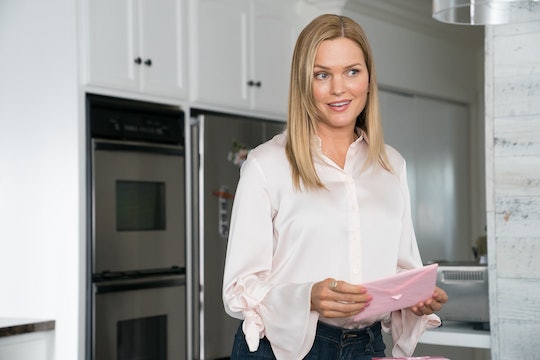 'The Perfect Mother' On Lifetime Might Sound Familiar To Some Viewers

But this particular movie seems to have been thought up by the geniuses at Lifetime. The Kerry Washington movie is about a missing six-week-old baby and group of moms who work together to find him while the 1997 movie is more of a crime drama. The Perfect Mother on Lifetime, on the other hand, is described on the website as a movie about a "popular mother/daughter-bonding vlogger Stella Marshall" who "attracts the attention of a dangerous teen fan girl named Peyton who will stop at nothing to make Stella the perfect mother of her own." Well that's spooky.

I’m not sure how three movies and a book all share the same name but have different subject matter, but Lifetime’s The Perfect Mother was written by Jake Helgren who’s written a number of other TV movies in the past. According to his IMDB profile, Helgren also wrote Deadly Matrimony and The Good Nanny for Lifetime. So The Perfect Mother is bound to be reminiscent of other similarly mysterious Lifetime movies, which is what most viewers have come to expect from the network.

The Perfect Mother stars Sunny Mabrey and Audrey Whitby, who are two actresses known best for their work on TV. Whitby, who plays Peyton, is probably most well known for her roles on Nickelodeon’s The Thundermans or the Disney Channel’s Liv and Maddie, but veering into the thriller The Perfect Mother is somewhat new territory for the young actress. A few years ago, Whitby spoke to Family Choice Awards about her burgeoning TV career and at the time, she was all about comedy. "Tina Fey, Amy Poehler, and Mindy Kaling are all huge inspirations of mine," she said. "I watch all of their shows religiously. I have also read their books. They are just so talented, funny, and smart." The Perfect Mother is a far cry from the silly humor of 30 Rock, but it’s also a chance for Whitby to show her fans that she can do more than just comedy.

You might recognize Sunny Mabrey, who plays Stella in The Perfect Mother, from another Lifetime movie, Escaping Dad, but she also had a small role as Glinda on Once Upon A Time and she’s currently part of the cast of the web series In the Rough. She was also in Snakes on a Plane, so she’s proven time again how wide of a range her acting talent has. But, Mabrey told ScifiMonkeys.com in Sept. 2017, she prefers the horror genre.

"It’s really hard to make a great psychological horror film, because the concepts, fresh concepts, are hard to come by these days," she explained. "It seems like everything’s been done, so when somebody does actually come up with something original and accomplishes that in a really visually amazing way, it gets me excited."

Whether it’s been in TV, big screen movies, or a combination of the two, both stars of The Perfect Mother bring a lot to a movie that doesn't have a novel to fall back on for an established fanbase. Instead, it’s an original story and The Perfect Mother premieres on Lifetime on Nov. 3 at 8 p.m. ET.