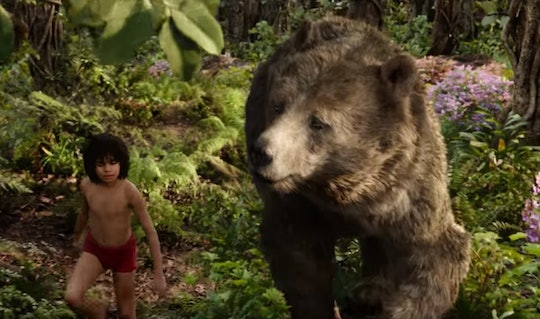 The New 'Jungle Book' Will Be On Disney+... Eventually

While there's enough content currently on Disney+ to keep you and the whole family entertained for months, some movies are noticeably missing from the streaming service's massive catalog. For example, the new Jungle Book isn't on Disney+ right now. But don't worry — the live-action versions of Mowgli and Baloo will be there soon enough.

For those who would rather watch the newest film right this second, it's possible to do that too — just not on the Disney+. This remake of The Jungle Book is available to rent and purchase on iTunes right now so anyone can watch the movie on any of their Apple devices. Additionally, a digital copy can also instantly be purchased on Amazon for $19.99.

So, as Baloo would say, forget about your worries and your strife, the newest rendition of The Jungle Book will eventually join Disney+.