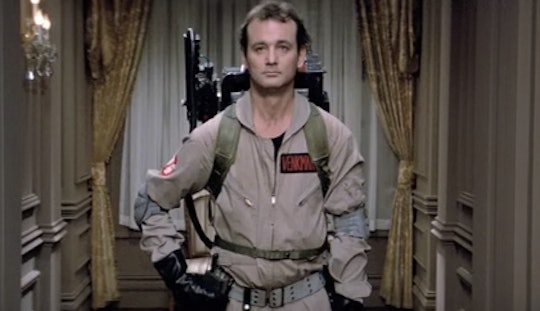 Is The Original 'Ghostbusters' On Netflix? The New Film Is Making Hardcore Fans Nostalgic

If you're excited about the reboot of Ghostbusters hitting theaters this weekend, then you may be thinking it's a good time to take a trip down memory lane by watching the original 1984 classic first. If that's the case, then you probably want to know the answer to a very important question: is Ghostbusters on Netflix? Well, no it's not available for streaming on Netflix, but have no fear nostalgia-craving friends, there are other options.

The original Ghostbusters is available to stream online on Amazon video for purchase, with the option to rent or buy. It's also available to be streamed on YouTube for either rent or purchase, as well as iTunes and Google Play. So if you have access to a device that allows streaming, you're in luck. If you don't, then "who you gonna call?"

In an interview with The Daily Beast, Feig shared why he's proud of his woman-led cast:

I’m proud of the fact that you have four women starring in a movie and three of them are in their forties. I really credit [former studio head] Amy Pascal and Sony for letting me do this. It’s crazy that that would be a big thing now, and it’s sad that it is. But thank god.'

As for the original cast and crew, Aykroyd, who played Ray Stantz in the original, and who's listed as an executive producer of the reboot according to The Hollywood Reporter, said in a Facebook post that the new Ghostbusters promises even more laughs:

As originator of the original: Saw test screening of new movie. Apart from brilliant, genuine performances from the cast both female and male, it has more laughs and more scares than the first 2 films plus Bill Murray is in it!...

I'm sure many Ghostbusters fans will see if Aykroyd's claim holds up. In the meantime, I'm going to try to process that the original film came out 32 years ago. It's sinking in.