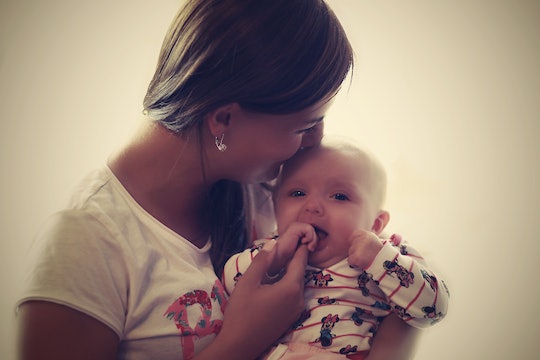 Is The Paleo Diet Safe While Breastfeeding?

A few years ago, right about the time my Instagram feed was inundated with photos of mason jars filled with green juice, I started to hear about this phenomenon known as the Paleo diet. Friends praised their "new way of life" based on the eating habits of the early humans. By giving up grains, legumes, and dairy (among other things) they lost weight and felt great. New moms began adopting the Paleo lifestyle to help drop baby weight and because they were eating healthy foods, probably didn't think to ask their doctors, "is the Paleo diet safe while breastfeeding?"

Although it is true that the Paleo diet does not include any foods that can harm your baby or your ability to breastfeed, some breastfeeding moms notice a decline in their milk supply shortly after beginning the Paleo diet. Meghanne Reburn, a licensed midwife and author of the blog, The Modern Paleo Midwife, had a similar issue with one of her former clients. The new mom started the Paleo diet four months postpartum. After dropping six pounds in 10 days, the client noticed that her baby was no longer sleeping through the night and her milk supply had decreased.

Reburn asked the client to punch in her nutrition into an online app, and immediately saw the problem. Her client's caloric intake was less than 25 percent carbs, which is way too low to support lactation. Reburn recommended a diet of no less than 30 - 40 percent carbs for breastfeeding moms. SF Gate's Healthy Eating noted that the Institute of Medicine's guidelines for pregnant and nursing women is to consume 45 to 65 percent of their total calorie intake from carbohydrates.

The Paleo diet isn't a carb-free diet, yet some people unintentionally lower their carb intake by replacing all of the grains they'd been eating with more meats and veggies. This can also contribute to rapid weight loss. Rapid weight loss due to consuming less than 1800 calories while breastfeeding can shock your system and lower your milk supply, according to Kelly Mom. Breastfeeding moms should eat plenty of carb-rich veggies such as sweet potatoes, plantains and cassava.

Another risk with rapid weight loss, Reburn noted, is that according to Breastfeeding and Human Lactation by Jan Riordin, when a breastfeeding mother loses more than one pound per week, toxins and environmental contaminants such as PCBs and pesticides, which are stored in body fat, are released into the mother's bloodstream, and pass through her breast milk to the baby.

In general, it seems as though the Paleo diet can be a safe option while breastfeeding as long as you make sure you are consuming enough carbs, you don't reduce your caloric intake under 1800 calories, and as always, talk to your doctor before making any lifestyle changes that can impact your health.