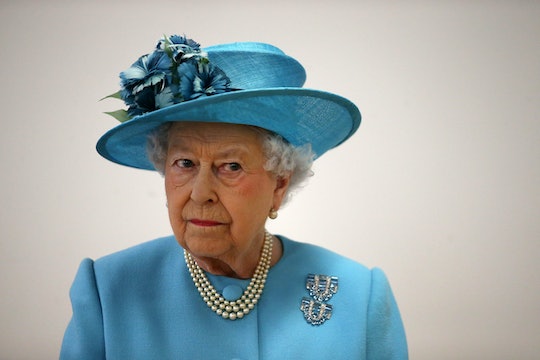 From Banning Plastic Straws & Years Of Advocacy, Here's How The Queen Is Going Green

Queen Elizabeth is known for many things — her dry humor and giveaway facial expressions, for starters — but one of the lesser-known qualities about the U.K.’s monarch is that she may be very environmentally friendly. While the Queen is meticulous about making public political statements, piecing together her recent actions suggests that she is going green. So, is the queen an environmentalist?

In fact, the palace announced that it would begin by banning plastic straws from staff dining areas and eventually phase them out from public cafes entirely, according to Global Citizen. Included in the plan are also compostable or biodegradable food containers for royal café takeout and glasses, china, and recyclable paper cups will be available instead of plastic bottles for those living and working in Buckingham Palace, Windsor Castle, and the Palace of Holyroodhouse in Edinburgh, according to The Telegraph.

This initiative comes after the EU announced its plans to make all plastic packaging recyclable or reusable by 2030 across the continent as part of a new strategy to tackle the issue of plastic waste, according to The Guardian.

This isn’t the first time the Queen has suggested that she is environmentally conscious. In fact, The Independent reported that in an informal interview with David Attenborough for his upcoming documentary The Queen’s Green Planet, the monarch reveals her passion for nature while touring the gardens of the Buckingham Palace. The film, according to The Independent, is meant to highlight the importance of tree conservation worldwide.

“In a rare opportunity to see the Queen talking informally to Sir David, the conversation ranges from climate change, to conkers and birthday gifts,” a press release by ITV1, the station set to air the documentary, said. “The Queen reveals her passion for nature and how the garden’s history is intertwined with that of her family, charting the lives of her children but also delving into the past of her great, great grandparents Queen Victoria and Prince Albert.”

The documentary is set to air later this month, according to Woman & Home.

A column written by environmental journalist Geoffrey Lean published in The Telegraph suggests that the Queen’s concern for the environment can be dated back to the 90s, when she “seriously contemplated” addressing global warming in her speech to a Commonwealth Prime Ministers’ conference. After consultation with experts on the issue, ministerial aides reportedly were told to “expect something green from the Queen,” Lean told the publication. Finally, the Queen referenced “environmental challenges, which especially affect the smaller states,” The Telegraph reported.

Last year, the royal family has also taken part in the annual Earth Hour, switching off the lights at Buckingham Palace signifying an effort to protect the planet and reverse global warming, according to the Royal Central.

The Queen’s concern for the environment is continued by her son Prince Charles, who is noted by the New York Post to have discussed environmental issues in the past, including plastic’s detrimental effect on ocean life. The prince, according to The Washington Post, has a history of environmental advocacy as well.

It’s safe to say that the royal family is going green. Now the question is: will the rest of the world follow?