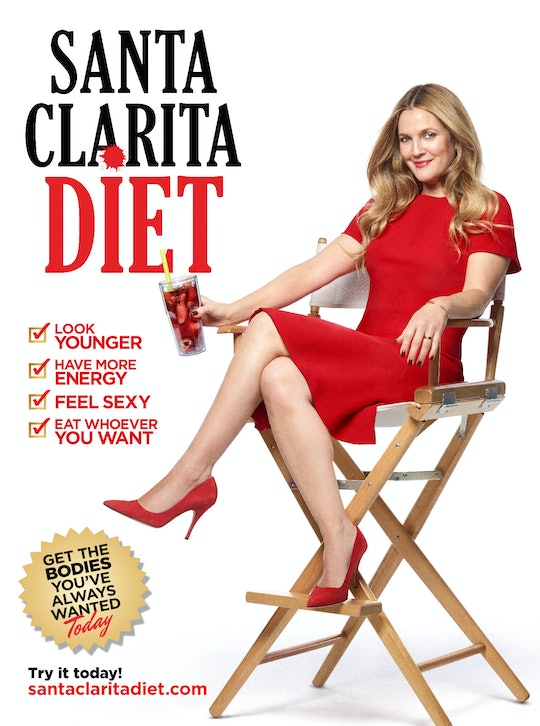 The title of Netflix's new series has left people wondering is the Santa Clarita Diet a real diet? The new series stars Drew Barrymore as Sheila Hammond, a real estate agent, wife, mother, and newbie zombie. Actually, "undead person" seems to be the preferred term on the show. Even though she's still a part of the land of the living in Santa Clarita, California, Sheila's death has altered her diet quite a bit. Sheila now has a hunger for human flesh and all things raw. Her smoothies are made of raw meat (gross) and her husband Joel (played by Timothy Olyphant) now helps her kill people so she'll have something to eat. (And people say romance is dead.) While the Santa Clarita diet is working great for Sheila, I'm thankful that it's not a diet that should be tried in real life.

Now that Sheila is undead she's even more energized than she was before. She only sleeps for two hours each night because that's all she needs. She's also become more confident and her (after) life has improved so much since her death that the diet is clearly working for her. During an interview with The TODAY Show, Barrymore even admitted that she'd actually lost 20 pounds while working on the show. Of course she wasn't actually eating the things Sheila was, so don't worry about that. But it's funny that the "Santa Clarita diet" actually did work for her, just not in the direct way you'd think. As Barrymore put it, the diet is all about protein, it just happens to come from the meat of other humans. I know, no big deal, right?

Like Sheila states in some of the promos for said diet (which look all-too real, by the way), the Santa Clarita diet will "satisfy all your cravings," leaving you feeling younger than ever before. Again, you just have to be willing to die first in order to develop such a zombie-like appetite, but if Sheila can die without even realizing it, maybe that's actually the easy part? The zombie look obviously works much better for Sheila than it does for those on The Walking Dead and if it this was a real diet, I'd be open to trying it (minus the human flesh-eating part, of course). I'd just have to substitute it for a different protein. But basically: don't try this at home, kids (and adults).

You can find out more about Sheila's new diet and life as an undead person when Santa Clarita Diet begins streaming on Netflix on Friday, Feb. 3.