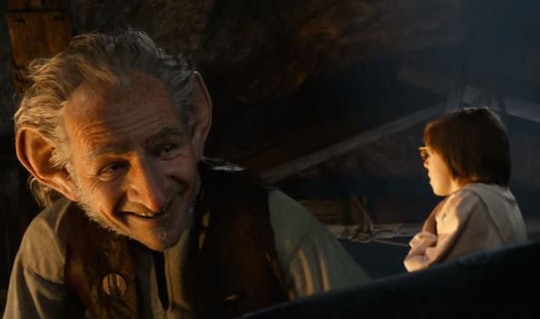 Is The Witching Hour Real? 'The BFG' Movie Gives A Nod To Tired Moms

In the new movie, adapted from the Roald Dahl 1982 book The BFG, 10-year-old Sophie talks about "the witching hour" as a sleepless time of night she likes to roam and explore the orphanage where she lives. But is "the witching hour" real? It is, and the movie is giving a nod to all the tired new moms in the audience.

According to GoodReads, the quote from the book goes like this, "The witching hour, somebody had once whispered to her, was a special moment in the middle of the night when every child and every grown-up was in a deep deep sleep, and all the dark things came out from hiding and had the world all to themselves.”

There is, according to sources including TheGhostDiaries, an established understanding of the witching hour among those who are into the occult and the supernatural. It's a time of night, usually understood to be at about 3 a.m. to 4 a.m. when all of your ghosts, witches, demons, and the like come out to be among the rest of us.

But for new parents, their version of the witching hour is even more scary. The Baby Sleep Site explains it in exasperated terms only a fellow exhausted parent can totally relate to.

Writer Emily DeJeu explains the witching hour like this:

That time during the late afternoon/early evening when our newborns suddenly begin wailing for no apparent reason and WILL NOT STOP During The Witching Hour, nothing calms our newborns. Feedings are fruitless. Pacifiers are pointless. Lullabies are lacking. It’s hour after hour of red-faced crying, and it often doesn’t end until long after the sun has gone down.

These fussy episodes can't be chalked up to colic — it's just that time of day when the baby screams for no real reason. There are theories that the witching hour is brought on by over-tiredness, over-stimulation, or just plain old gas, but for some babies and their parents, the witching hour can be a real struggle. Mostly for the parents though.

Fortunately, babies tend to outgrow the witching hour meltdowns once they're between 3 and 5 months old, according to Today's Parent.

So it's possible Dahl's reference in The BFG could be just a spooky reference to ghosts and witches. And that makes perfect sense. But for moms like me, the witching hour is something far more sinister and mysterious. And I prefer to think his choice of words is a shout out to those parents sitting with eyelids at half mast.