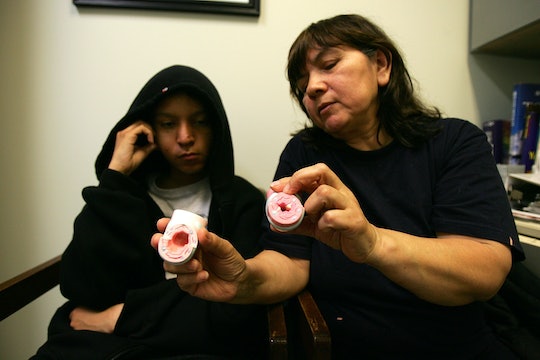 Is There A Cure For Asthma?

Even though asthma is a very treatable disease and medications have made great strides over the years, good and long-term care can get very costly and living with the breathing condition can interfere with daily life. That being said, wouldn’t it be nice if there was a cure for asthma? Of course. But, unfortunately, science hasn’t gotten there just yet and most doctors would say that asthma is not a curable disease.

“Asthma is an eminently controllable illness,” Javeed Akhter, M.D., Section Head of Pediatric Pulmonology at Hope Children's Hospital in Oak Lawn, Illinois, wrote in Scientific American. “Indeed, for most sufferers, control is so effective that it amounts to a virtual cure. But asthma is not curable in the same way as, say, a bacterial pneumonia; it never entirely goes away. Also, no one cure would ever suffice.”

There may never be a cure, per se, but there have been some procedures in the works designed to permanently open constricted airways for those who suffer from severe asthma. And the results have been promising. One of these is an outpatient procedure called "bronchial thermoplasty," which has been clinically tested to be effective to last for five years, according to Boston Scientific, a medical developer and manufacturing company.

“Bronchial thermoplasty is a treatment in which the smooth muscle of the smaller airways in the lungs are directly treated with a heat probe, resulting in mild intentional scarring and opening of the airways,” according to HealthCentral. “The treatment, which does not involve surgery, is performed with a flexible bronchoscope that goes through the nose and into the airways.”

Here's an animation of how the procedure works:

It's important to note that this treatment is designed for adults, so anyone under 18 years old would not be able to explore this option yet. However, if you are in that age bracket, according to Boston Scientific, the procedure might be a solution for people who take multiple asthma medications and suffer from one or more of the following:

For children with asthma, research has shown that having surgery to remove their adenoids and tonsils can help to control their symptoms. According to Medical News Today, a 2014 study found that children who had the surgery — the primary treatment for symptoms of obstructive sleep apnea — had fewer asthma attacks as their airways were less obstructed.

For the time being, asthma can only be treated, whether it be through an inhaler for short-term relief or through a procedure to open up your airways that a doctor has decided is the best treatment plan for you. Advances in managing asthma have come a long way in recent years and although there is no cure out there, there are certainly more ways to control symptoms now than ever before.