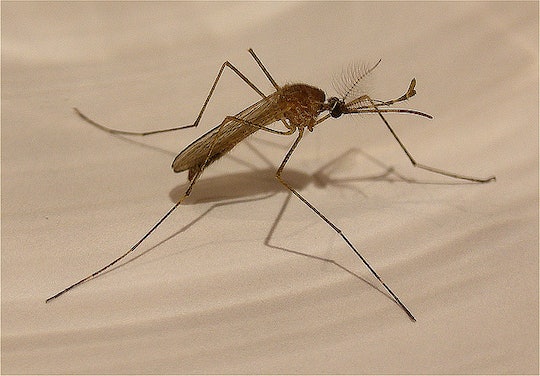 Is There A Cure For The Zika Virus? Pregnant Women Need To Take Precautions

U.S. officials issued a travel advisory Wednesday prompted by the spread and severe symptoms of the Zika virus. The virus is carried by mosquitoes and, if it infects pregnant women, can lead to birth defects. Health officials urged pregnant women to postpone travel plans to Latin America, the region where the Zika virus originated and is most prevalent. The rapid spread of the disease raises the question: is there a cure for the Zika Virus? The answer will not set expectant mothers at east.

Unfortunately, like the common cold, there is neither a cure nor treatment for the Zika virus. According to the Centers for Disease Control and Prevention in Atlanta, for people who aren't pregnant, contracting zika is not a cause for major concern. Symptoms are flu-like, and include joint pain and a low-grade fever. Some may get a rash. But after a week those symptoms will subside as the body begins to heal. The real risk is the correlation the virus has with microcephaly, a severe birth defect that causes brain damage in newborns.

Brazil has the some of the highest infection rates for Zika. It was in Brazil that researchers first began to see the link between the virus and microcephaly. Health expert John Torres told 9 News, "In Brazil in 2014, there were 147 reported cases of microcephaly, then in 2015, over 3,000 cases were reported, so you can see it’s jumped astronomically and unfortunately, it’s following this pattern as it reaches other parts of the world too." The link is simply that both have increased in prevalence exponentially, and until the correlation is disproven the warnings will stand.

The CDC has worked tirelessly to control the situation and inform travelers without causing panic. So far, two women in Illinois have contracted the virus and three others in Florida were diagnosed after returning from trips to Columbia and Venezuela. Pregnant women, in no matter which trimester, should speak with their doctors if they are planning on traveling to countries where Zika infections have been found. Women who are not yet pregnant, but may be are also at risk. Anyone traveling to these areas should try to prevent mosquito bites at all costs, because, even if they do not show symptoms, they could transmit the Zika virus home with them.