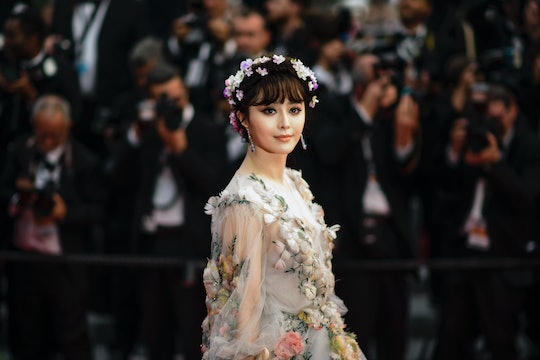 Is There A Race Pay Gap In Hollywood? #OscarsSoWhite Is Just One Part Of The Problem

At last year's Oscars, Patricia Arquette made a statement about the sexist wage gap in Hollywood while accepting her statue. But what about the race wage gap in Hollywood? I like to think that the fight for Civil Rights was won in the 1960s, but while I know though things are better, society is still a far cry from equal. No one likes to think about the sexist and racist underbelly of Hollywood. After all, the movies are supposed to take people away from their troubles and entertain them. But actors, the press, and activists are calling Hollywood out on its sexist and racist practices with the #OscarsSoWhite campaign and bringing this issue to the minds of moviegoers everywhere.

To wrap your mind around the Hollywood race wage gap, bear in mind that the first part of the problem is underrepresentation of people of color in Hollywood. Entertainment Weekly noted the now-famous Viola Davis quote from her her 2015 Outstanding Lead Actress Emmy, "You cannot win an Emmy for roles that are simply not there." In other words, first Hollywood has to create roles for complex, engaging, and multi-dimensional people, who are also people of color. Once there are roles, there can be recognition. With recognition come awards (let's do better next year, k?) And with awards comes, as Lana Del Rey would say, "money, power, and glory."

Here's some more info on representation of diverse roles in Hollywood, and it ain't great. An Annenberg study called "Inequality in 700 Popular Films: Examining Portrayals of Gender, Race, & LGBT Status from 2007 to 2014" showed just how underrepresented people of color are in top-grossing films. Forbes gave an analysis of the studying reporting a breakdown of who's not being shown on screen:

4.9 percent of speaking or named characters in the 100 top-grossing films of 2014 were Hispanic or Latino—a tremendous underrepresentation considering the same people comprise 17 percent of the population. For blacks and Asians, the number was slightly higher at 12.5 percent and 5.3 percent, respectively. In fact, only 17 of the same 100 films starred an actor of an underrepresented ethnic group.

Eek. With such rampant underrepresentation, it's hard to fight for equal pay. Actors just want the job. And that's definitely a hard pill to swallow.

Women of color suffer a double whammy. Remember the gender wage gap in the U.S., where women make about 78 percent of their male counterparts? Yea, that's not one I let slip my mind. That 78 percent, however, accounts for white women. African American and Native American women make 64 percent and 59 percent, respectively and Hispanic women earn just 56 percent of what a white male earns.

But, that doesn't mean women of color can't be top dogs in Hollywood. In fact, they are, they're just not being paid as such.

According to Forbes, the world's top paid actresses of 2015 showed some diversity, just not much. Only one actress of the top-grossing 19 was a woman of color.

Bingbing Fan pulled in $21 million, earning more than Jennifer Aniston, Julia Roberts, Reese Witherspoon, Sandra Bullock, and Gwyneth Paltrow. You might recognize Fan from her role as Blink in X-Men: Days of Future Past, but she owes much of her income to endorsements with Chopard (bling!) and L'Oreal, not to mention starring in China's box office smash, The White-Haired Witch of Lunar Kingdom. According to Mashable, Fan is also a pop singer and producer, in addition to being an international actress and model. Fan is the world's fourth highest paid actress on the Forbes list. (You know J. Law was at the top of the list, taking in $52 million last year.) Figures for the Forbes' list were based on data compiled from Nielsen, Box Office Mojo, and IMDb.

With actresses like Fan earning that much cash, and, making it in a diversified way, like many American top earners who have endorsement deals and companies to heavily bolster their income, Hollywood producers should get the message: fans want to see talent. So, and I'm talking to you, Hollywood producers, not only should you create roles that represent the world we live in, but you need to pay those actors their worth, and not a penny less.