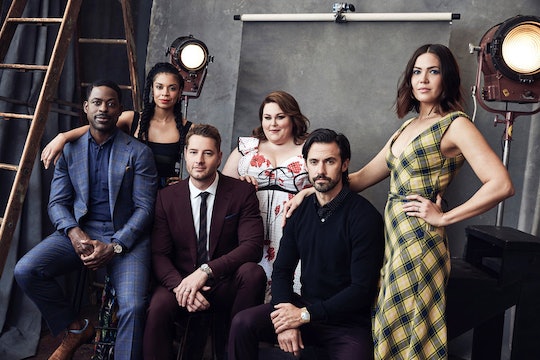 There's still more than a month to go before This Is Us Season 4 premieres on NBC on Sept. 24. If you're behind on the last season (or the last couple of seasons), then that should be just enough time to fit in a marathon ahead of the new episodes. But is This Is Us on Netflix? Streaming the show makes catching up a whole lot easier.

There's good news and bad news: the bad news is that This Is Us is not on Netflix, but the good news is that there are several other streaming options. All three seasons of the show are available on Hulu, but you can also find every episode for free on NBC's official website. It doesn't look like you need a cable provider to log in and watch, either.

If neither of those streaming services work for you, then you can find the show on Amazon Prime, YouTube, iTunes, Vudu, and Google Play. But it's not free to watch on any of those platforms, so you'll be shelling out some cash by the episode or season. Hulu or NBC might be your best bet if you're in need of a quick fix of the Pearsons' timeline-hopping extended family.

And you'll want to be up to date on all the family's goings-on, because Season 4 promises to open up the story in new and exciting ways. While talking to The Wrap, star Mandy Moore said that the show would be returning to the early days of Jack and Rebecca's relationship. Specifically, it would be delving into how Rebecca's family reacted to her new boyfriend when she brought him back to Pittsburgh with her after their L.A. jaunt.

However, it's not all business as usual, because Moore also revealed, "But there is a twist at the end of the first episode that even I didn't see coming and I feel like it's, not to build it up too much, but it feels analogous to the pilot where it's like, 'Whoa, I was not expecting that!' It's so beautifully done." This Is Us is known for its twists, but it's hard to imagine what could be left to unearth in the Pearson family. There have already been so many secrets and long long family members; what else could the past possibly hold?

Fans will be able to find out when the show returns for Season 4, but until then they can speculate and theorize to their hearts' content. Perhaps revisiting the previous seasons could help you pick up on some seemingly innocuous clues, too. If there's a twist waiting in the wings, then there's a good chance that the groundwork was laid ahead of time, even if it didn't seem like it when you were first watching. No one would have thought to be suspicious of a Crockpot before it set the kitchen on fire, after all.

You might not be able to rely on the ease of Netflix to rewatch This Is Us, but Hulu and NBC are there to help you out.