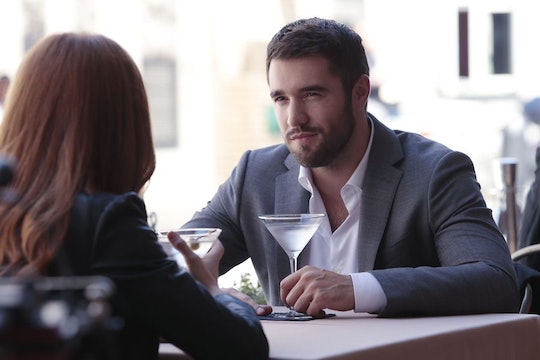 'Time After Time' Offers A New Take On An Old Tale

ABC's newest sci-fi drama, Time After Time, is a bit complicated and kind of hard to wrap your head around. The show centers around author H.G. Wells who's built a time machine that his friend John Stevenson (who's actually the serial killer Jack the Ripper), uses to escape his time and go to present-day New York City. Wells follows suit to prevent him from killing even more people and ends up meeting a woman that he becomes infatuated with. The plot may sound familiar to some people leading many to ask is ABC's Time After Time based on a book? The answer to that question is yes, the ABC drama was, in fact, based on a book by the same name and was first published in 1979 by Karl Alexander.

The premise is pretty much the same except Jack the Ripper escapes to 1979 San Francisco instead of present-day New York City. (Though the change in the time period makes sense, given that 1979 was the year the novel was published and would've been considered the present day at the time). But other than the change in city/modern twist, for those who love to compare books to their adaptations, so far it doesn't look like the show has strayed too far from its printed counterpart.

However, the new ABC series isn't the first time Time After Time has been adapted. The novel was actually first made into a film the same year the book was released. The movie starred Malcolm McDowell as H.G. Wells, David Warner as Stevenson/Jack the Ripper, and Mary Steenburgen as Wells' love interest Amy.

It'll be interesting to see how the show modernized this tale and how bringing it to New York changes some, if any, of the plot. According to the description of the pilot, Wells is surprised to find that New York City isn't the Utopia he expected it be and is more in line with Jack the Ripper's level of danger and criminal activity.

It's unclear how this plot will stretch long enough for a series though. How long will Wells have to chase after Jack the Ripper before he actually catches him? Hopefully the show is able to make this cat and mouse game hold viewers' attention throughout it's first season.

You can see Time After Time when it premieres on Sunday, March 5 at 9 p.m. ET on ABC.