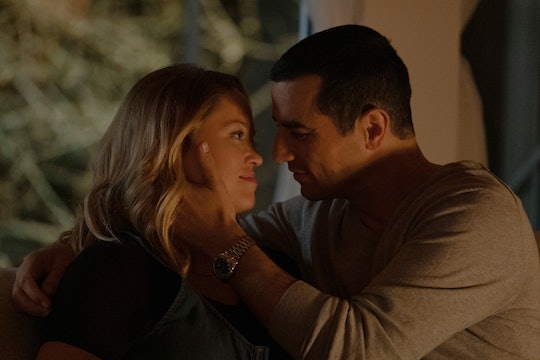 Whenever I hear of a movie that's based on a true story, I want to see it immediately. My theory is, if it's something that actually happened, I might relate and connect to the project that much more. Lifetime is pretty great at projecting true-to-life original movies. Whether they're ripped from the headlines or inspired by nonfiction or memoirs, the lineup is hard to beat. That said, is the next original movie, To Have and to Hold a true story or is it a fictional tale of a Cinderella story gone wrong?

While the network does have quite a few movies based on something real, To Have and to Hold isn't one of them. As one of three books written by bestselling author, Jane Green, that were optioned to film, To Have and To Hold is the second that will air on Lifetime. The first, Tempting Fate, already aired and the final movie comes a week after To Have and to Hold on June 29.

According to the Lifetime website, To Have and to Hold "centers on Alice who still can't believe her high school crush, the dashing, wealthy and successful Joe Chambers, would choose to marry her and willingly allows him to mold her into his ideal socialite wife." But there's more. "Despite Alice's best efforts to be the woman of Joe's dreams, he can't help but be unfaithful to her." Um, I don't know about you but that's a little too real for my taste. The description continues, "When Joe's indiscretions impact his career, Alice's life is further turned upside down." But after all of that, "Alice unexpectedly finds herself falling for her best friend's boyfriend and begins to wonder if her fairy tale ending could exist after all." Honestly, this is fiction so good it could be real — and might be, somewhere. But in this realm of reality, it's a well-written script about a girl looking for love in all the wrong places, then finding it in the worst place of all. To each her own, I guess.

All three films were executive produced by Grey's Anatomy and 24 star, Kim Raver in her directorial debut alongside husband, Manu Boyer. In an interview with Deadline last summer, Lifetime's Tanya Lopez said of the film, "Jane Green’s novels are addictive, fun, juicy and wise – just like a great Lifetime Movie – so to bring the two genres together is incredibly thrilling."

And though the movie isn't based on a true story, Raver was a fan of Green's novels and wanted to make this trilogy for the masses. "Having been a massive fan of Jane’s books, it’s a dream come true for me and my producing partners to be able to bring these powerful female-centric stories to fruition at Lifetime!" said Raver in the same Deadline piece. "I’m incredibly grateful to Tanya for championing this trilogy for us and giving me the opportunity to have my directorial debut!"

Just because To Have and to Hold isn't technically based on a true story doesn't mean you can't appreciate the art for what it is. Plenty of women go through similar experiences Alice finds herself in and plenty of women can likely relate to the story as a whole, in some way, shape, or form. Even if you can't quite connect on a personal level, it's a solid two hours of entertainment where Cinderella gets her Prince Charming — but her happy ending isn't everything she hoped it would be.