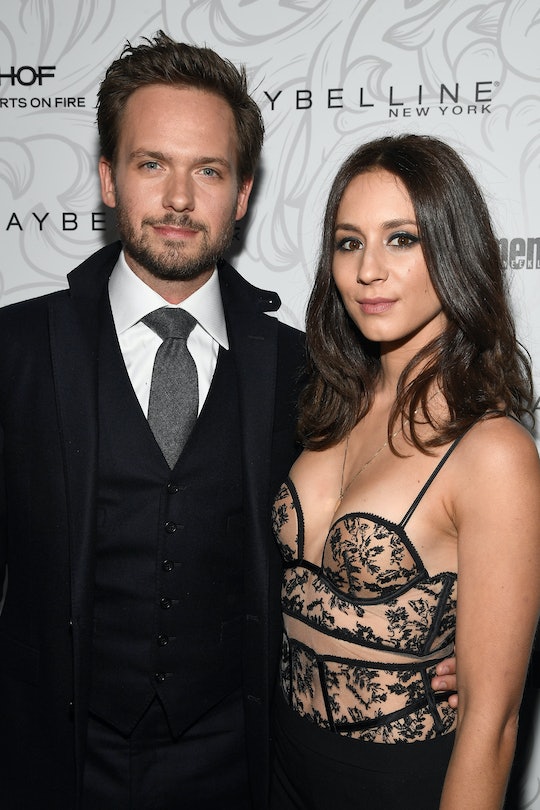 Did Troian Bellisario Go To The Royal Wedding? She Kept A Pretty Epic Secret Leading Into The Nuptials

As expected, the royal wedding is turning out to be a who’s who of global celebrity, with dozens of royals, Hollywood stars, world leaders, and aristocrats waltzing through in true royal British style. Prince Harry and Meghan Markle’s family and friends are in attendance, but if you’re a Pretty Little Liars fan, you’re probably wondering, is Troian Bellisario at the royal wedding?

Well, according to her Instagram account, Bellisario, who played Spencer Hastings on the hit Freeform show, Pretty Little Liars, is indeed attending the wedding with her actor husband, Patrick J. Adams. Markle and Adams are friends and co-stars who worked side-by-side on the USA drama, Suits, in which he played her main love interest, Mike Ross, for seven seasons. Adams and the rest of the Suits cast were invited to the wedding, reported Hello Magazine, along with select executives from the show.

Most of Markle’s Suits colleagues touched down in London this week to gear up for her for her big day. On Adam’s Instagram account, he posted pictures of himself and Bellisario visiting a 900 year-old ale house near London, to which Bellisario hilariously captioned on her own Instagram “I’m dying, this is just like Hogwarts!” On their own Instagram accounts, Markle’s other Suits co-star, Gabriel Macht, and his actress wife, Jacinda Barrett, both posted photos from London this week as well. On Friday, the rest of the Markle’s Suits entourage, Gina Torres, Sarah Rafferty, and Rick Hoffman were interviewed live from Windsor on the Today Show, where they confirmed they would be attending the wedding.

Early Saturday morning, Bellisario posted on Instagram that she was en route to the wedding and indeed walked into the church with a few minutes to spare (along with the rest of the Suits cast).

Back in April, Bellisario and Adams talked to ET about the possibility of attending and what potential gift they would get for the bride and groom. While Adams joked about getting a Vitamix for her wedding, Bellisario joked that that she’d have to “knock on her mom’s door” to find gloves and a hat to wear to the wedding.

Bellisario and Adams got married in 2016 after dating for five years, noted People, but Markle, who was famously dating Harry at the time, did not attend the wedding in efforts to avoid stealing the spotlight on their special day. However, Adams has posted his public support of Markle and Harry’s union, and offered her word’s of encouragement in one Instagram post where he wished the couple a “long life together” that is “joyful, productive, and hilarious.”

Along with Bellisario and the rest of her Suits colleagues, Markle has also invited some of the world’s top celebrities, who just happen to be her really close friends. Quantico star Priyanka Chopra, tennis champion Serena Williams, and George and Amal Clooney are attending the royal wedding, reported Us Weekly, along with True Blood actress Janina Gavankar, and all five of the Spice Girls -- Victoria Beckham, Mel B, Melanie C, Emma Bunton and Geri Halliwell.

Of course you’ll be seeing a ton of British royals there, surely with their fascinators, tailcoats, and pinky fingers in place. Her Majesty Queen Elizabeth II and Prince Philip are in attendance, as well as Prince Charles, Prince William, Kate Middleton, and their three children, Prince George, Princess Charlotte, and baby Prince Louis.

Markle’s mother, Doria Ragland, is there supporting her daughter on the big day, while Markle’s father, Thomas Markle, was unable to make it due to recovery from recent heart surgery, reported CNN. Her best friend, Jessica Mulroney, is also attending, noted Us Weekly, and her children are expected to play a part in the wedding.