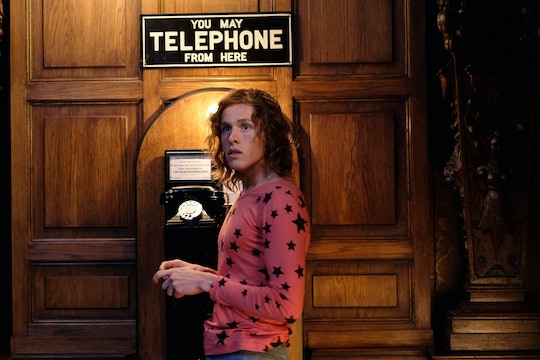 The upcoming FX series Trust might sound incredibly familiar from the trailers. It's about a young man from a rich family who is kidnapped, though the plan goes horribly awry when his grandfather refuses to pay the ransom. The same plot unfolded in the recent film All the Money in the World, and that's because Trust is based on the same true story, though it takes some liberties.

Both projects told the wild tale of the 1973 kidnapping of 16-year-old John Paul Getty III, but Trust takes a different perspective. It explores the theory that Getty III arranged his own kidnapping so that he could collect money from his family to pay off his debts. That's far from confirmed, and has caused some controversy with the surviving Getty family.

The Hollywood Reporter printed excerpts from a letter written by Ariadne Getty's lawyer Martin Singer, calling Trust "a cruel and mean-spirited defamatory depiction" of the Gettys. The criticism didn't end there, either. Singer also wrote that the very title of the show was ironic, because "more fitting titles would be Lies or Mistrust, since the defamatory story it tells about the Gettys colluding in the kidnapping is false and misleading, and viewers rightly ought to mistrust it." Singer continued by saying:

You are using a false version of the Getty family tragedy for entertainment for your own financial gain. That is indeed ironic, since one of the themes of Trust is to portray my client's family as greed-driven.

When John Paul Getty III (reportedly called Paul) was initially kidnapped by the 'Ndrangheta mafia, people did think it was a hoax. Only his mother Gail believed that he was really in trouble, but that didn't make it any easier to get him out of it. Neither she nor Paul's father had the $17 million the kidnappers were asking for, and the family patriarch J. Paul Getty refused to pay up. According to Rolling Stone, it was a matter of principle for him, and J. Paul told the media at the time, "I have 14 other grandchildren — If I pay one penny now, then I'll have 14 kidnapped grandchildren."

Paul remained a captive of the 'Ndrangheta for a total of six months, during which time his ear and a lock of his hair were delivered to a local Italian newspaper along with a demand for a reduced fee of $3.2 million. Only $3 million would be paid, and even that took negotiating. J. Paul provided $2.2 million of his own money, but gave the last $800k to Paul's father as a loan, with full expectation that it would be repaid.

Paul suffered greatly in the aftermath of his kidnapping, struggling with drug and alcohol addiction until a drug-related stroke left him a quadriplegic. He died at age 54 in 2011. Considering everything he went through, it's understandable that his family would be horrified by the idea that he had a hand in his own kidnapping. However, even if it is an unfounded theory, it is one that has followed the case since it happened.

In Paul's obituary in The Washington Post, it was mentioned that he had joked with his friends about setting up his own kidnapping so he could get money from his notoriously penny-pinching grandfather. During his research, Trust's writer and executive producer Simon Beaufoy came to believe in that speculation. He told Variety:

It became clear reading between the lines that he actually kidnapped himself. It was a hoax gone wrong... He'd run up a debt, quite a large debt, and couldn't repay it.

Regardless of how it began, John Paul Getty III was put through a horrifying ordeal that impacted the rest of his life. Though the show chooses to interpret the events differently and give the show a fictionalized twist, it was initially inspired by and based on real events.