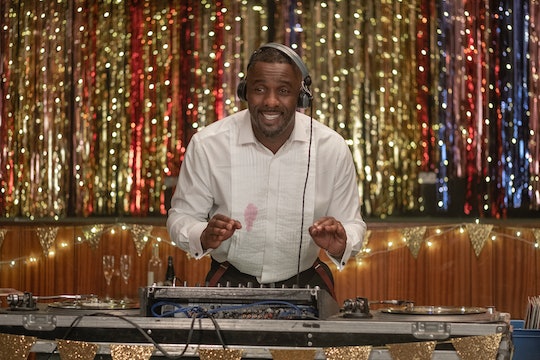 Idris Elba fans are finally getting to see the actor’s comedic chops in Netflix’s new series, Turn Up Charlie. The comedy is centered around a deejay named Charlie (Elba) who tries to rebuild his music career while he plays “manny” to his best friend’s rambunctious 11-year-old daughter. Elba is actually a deejay in real life, so some fans are wondering if Turn Up Charlie is based on a true story.

The series is not based on a true story, but it does bring in elements of Elba’s real life. In an interview with A.V. Club, the actor revealed what inspired him to make the series and how he pursued the vision. “I wanted to be funny, I wanted to be a deejay — and I wanted to explore parenting, and that’s not one show,” said Elba. “We figured out a way to try and make a people story, and it’s a show that tackles ambition — And so it tackles parenting, it tackles relationships, it tackles what the hierarchy of deejay life is, and for me, it was just like a real blessing to have crossroads all my loves, acting, producing, creating music, and deejaying.”

In the movie, Charlie is a 40-something deejay who is struggling to find success, and that’s the polar opposite of Elba’s life right now. The 46-year-old Golden Globe-winning actor has an illustrious TV and film career, starring in films like Avengers: Infinity War, The Jungle Book, and The Mountain Between Us. He’s earned high praise for his work, including multiple awards and nominations for his performances in Luther, Beasts of No Nation, and Mandela: Long Walk to Freedom.

But Elba has worked hard to build a successful career, and he started working when he was just 14. When talking to the Associated Press, Elba talked about his life as a young deejay and suggested that if things didn’t work out the way they did, his story could have been similar to Charlie’s. “That could have certainly been my career, I could have had moments and blips in my career where it didn’t work and I love deejaying so much, so I would still be deejaying,” said Elba. “I got into it because my uncle was a DJ ― he did weddings and whatnot. So when I was 14, I would travel with him wherever he went, lift the record boxes. When he decided he was a bit tired, I would take over ― that was how I got in.”

So while Charlie’s story in Turn Up Charlie shares similarities with Elba’s life, it isn’t really based on true events. But because Elba is a deejay in real life, it will still be exciting to see him bring his experience to the table.

Turn Up Charlie premieres on Friday, Mar. 15 on Netflix.