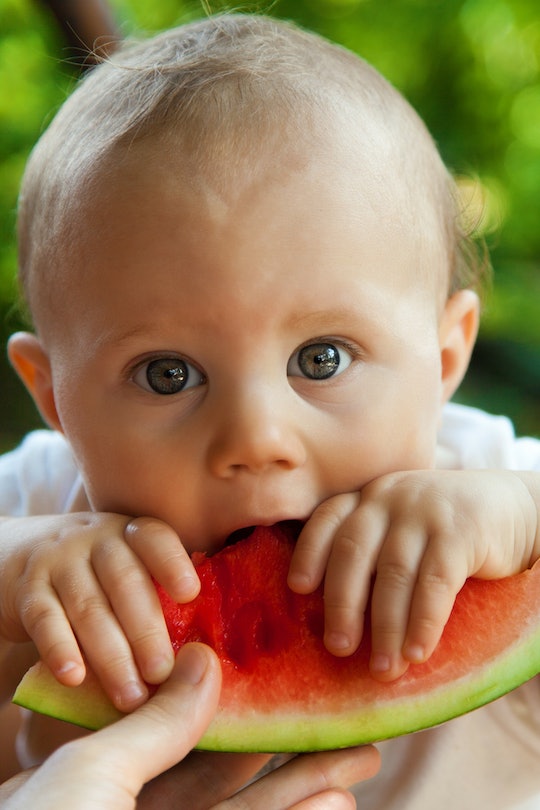 Is Veganism Harmful To Babies? Parents Have To Be Extra Careful To Keep Kids Healthy

Veganism might have once been considered a controversial lifestyle, adopted by only the crunchiest of families. But in recent years — as people from Beyoncé to Bill Clinton have taken up the all-plant diet — veganism has moved toward the mainstream and become the diet of choice for many families. But the question of exactly when it’s safe to begin eating a diet based only on plant products is a tricky one. Unfortunately, misinformation abounds, and many families’ plans to feed their little ones an alternative plant-based diet veered toward tragedy due to malnutrition and vitamin deficiencies. But is veganism harmful to babies?

More Like This
30 Vintage Photos Of Parents Giving Their Babies A Bottle
Look At All These Ridiculously Cute Pics Of Princess Charlotte Growing Up
The 10 Best Learning Toys For Preschoolers
If You Want To Spend Less Time Cooking & Cleaning, You'll Love These 48 Things

Horror stories involving the potential dangers of feeding babies a strictly vegan diet are all over the internet. Earlier this month, a family in Italy had their baby removed by authorities when doctors discovered the 14-month-old was severely malnourished and weighed roughly the same as a 3-month-old. In 2007, two Atlanta vegan parents were sentenced to life in prison when their 6-week-old baby died from being fed a diet of soy milk and apple juice, MSNBC reported.

But saying that veganism itself caused those tragedies could be misleading. According to the American Academy of Pediatricians parent resource website, HealthyKids.org, until 6 months of age babies should have only breastmilk or milk-based formula — so it’s unlikely that any pediatrician would approve giving a newborn soy milk or apple juice.

Is there a way that babies can be healthy vegans? In a Huffington Post interview in 2011, American Dietetic Association spokesperson (and vegan) Vandana Sheth said it’s absolutely possible — as long as parents pay attention to getting all of the necessary vitamins. “Vegan eating patterns can be healthy for anyone at any stage of life as long as it well-balanced,” Sheth said in her interview. She added that vegan parents should make sure their babies get enough iron, calcium, vitamin D and zinc, as well as vitamin B-12.

The AAP recommends that vegan moms breastfeed for as long as possible. But, Sheth added, proper food planning or supplementation is still essential; a vegan woman’s breast milk is at risk of being low in Vitamin B-12, which is important for brain development, according to the Huffington Post.

Like with most decisions when it comes to a baby’s well-being, whether to raise a baby on a vegan diet should be answered after careful research and under the care of a pediatrician — and possibly a dietitian. According to pediatric experts, veganism doesn’t have to be out of bounds for a young family. But it does requires lots of work by parents and lots of careful supplementation to make sure kids are getting the calories and nutrients they need to grow up healthy.