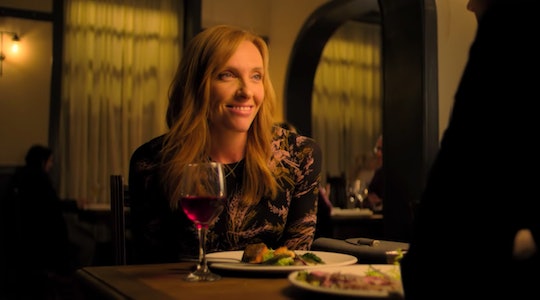 Here's What Netflix's Open Marriage Drama 'Wanderlust' Is Based On

These days, it seems like almost every TV show is based on a true story, every movie is based on a book, and every musical is based on a movie. Or something like that. So whenever a new show suddenly becomes the talk of the town, fans always want to know exactly where the story originated. For instance: Is Netflix's Wanderlust based on a book?

Let's get one thing straight right off the bat — Wanderlust is not based on the 2012 comedy Wanderlust starring Jennifer Aniston and Paul Rudd. Furthermore, the new six-episode BBC and Netflix series is not based on a book but it is based on a play. Wanderlust comes from the mind of playwright Nick Payne, who loosely based the TV show on his own play of the same name, The Evening Standard reported.

The play ran at the Royal Court Theatre in 2010, and according to its description on the theater's website, it tells the story of Joy, a woman no longer enthusiastic about sex. Conversely, her husband Alan is still very much interested in having a sex life. The play chronicles Alan's affair with a colleague, and Joy's flirtation with an ex, The Guardian explains in a review of the production. The play also explores relationships through Joy and Alan's 15-year-old son Tim, Variety added.

When Payne said Wanderlust the TV show was only "loosely" based on his play, he really meant it. In the show, Joy (Toni Collette) is a therapist living in a small town in England, having just survived near-death experience. With a new outlook on life, Joy suggests an open marriage to her husband Alan (Steven Mackintosh), since neither of them had been all that sexually interested in the other for a while.

Even though the story includes the same main characters and some of the same plot points, the changes Payne made to the story seem like the right fit for a six-episode story arc. Wanderlust the play sounds like Joy and Alan engaged in covert affairs, while Wanderlust the show focuses on Joy and Alan exploring a consensual open marriage — together.

Wanderlust, created together by BBC and Netflix, will land on Netflix on Friday, Oct. 19, but it began airing weekly in the United Kingdom last month. Since its premiere across the Atlantic, many have taken to Twitter to praise the show.

But the person singing the highest praises about Wanderlust is its star, Toni Collette. "It's so honest and fresh in the way the women are portrayed. To be a middle-aged woman, to be in a long-term relationship and to be alive, dealing with a lot of things – it's tough," she told The Daily Mail last month. "Certainly a middle-aged woman's sense of self-esteem, of sexuality, is not often talked about."

If you decide to cancel your Friday plans to stay in and watch all of Wanderlust, I won't judge you. Since, let's be honest, that's probably what I'll be doing as well.