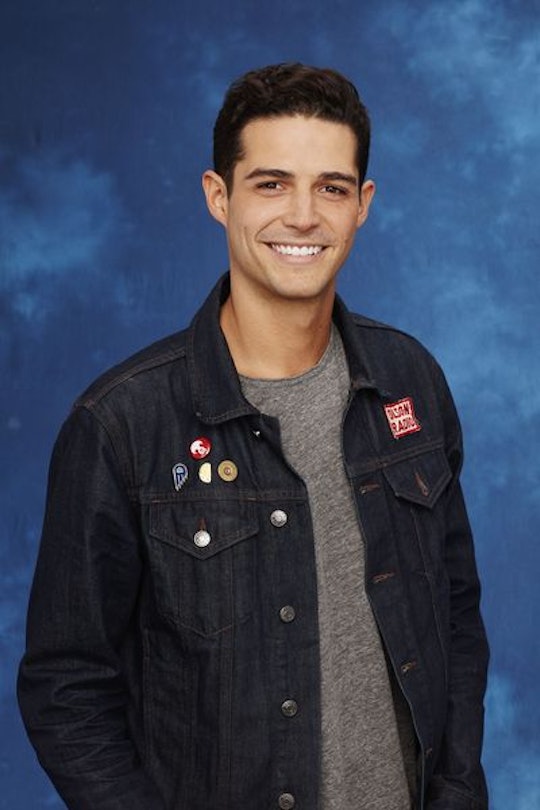 Is Wells Single After 'Bachelor In Paradise'? He's Not Revealing Any Spoilers

Wells Adams is about to make his debut on Bachelor in Paradise, just in time to distract Ashley I. from her dedicated devotion to Jared Haibon. Somebody had to do it for the sake of everyone involved, and Wells is apparently the right guy for the job. However, just because a couple gets close in Paradise doesn't mean it'll last until they're back on home soil, especially with that high pressure break-up or get engaged caveat at the end of the season. So do Wells and Ashley make it past the finale? Is Wells single after Bachelor in Paradise?

If he's in a relationship, then he's definitely not advertising it. Wells' social media is clue-free; his Instagram is basically an endless collection of puppy photos, which is amazing but doesn't really say much about whether he's dating or not. Ashley's Instagram proves a little more Wells-friendly but still doesn't provide a definitive answer as to whether they're still dating or not; in a short video poking fun at her parrot-confiding, Jared-obsessing time on the show, she asks the question all of us have been asking since Bachelor in Paradise started: when is Wells going to get here? Another week?!?

After finishing his time on The Bachelorette, Wells told the Observer that he hadn't really been dating since the show started airing, but things have obviously changed since BiP. However, he went on to discuss the need to keep things quiet while the audience is seeing everything for the first time. "A big thing is you don't want to have any spoilers, right? And if I started dating someone in the middle of the show, then that's a spoiler that I don't get the girl in the end."

Of course, this is part of the deal when it comes to being on a reality show about dating – where's the fun if the audience finds out how it ends from Twitter or Instagram?

But Wells also needed time to readjust to his normal life. "It's not that I didn't date purely for the show," he said, referring again to The Bachelorette. "A lot of it was because when I came back from the show, I wanted to decompress a little bit. It's a pretty intense situation."

Intense is an understatement, but Wells has already proven that he can be refreshingly normal in a sea of histrionics. Maybe his presence will be just the thing to help Ashley I. relax a little.

More Like This
Sarah Michelle Gellar Is Facing A Terrifying Parenting Milestone: Sleep Away Camp
Lauren Conrad Shares Experience With "Lifesaving Reproductive Care" After Ectopic Pregnancy
20 Family-Friendly Movies To Watch With Your Kids On The 4th Of July
Tom Hiddleston & Zawe Ashton Are Expecting Their First Child Together