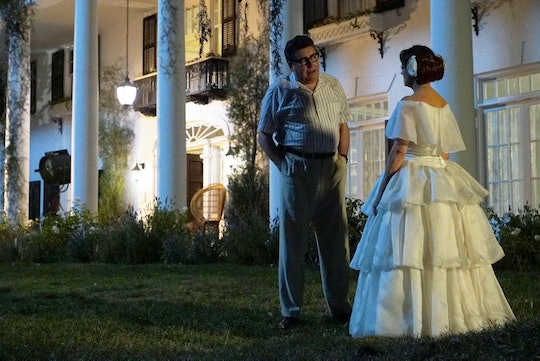 'Feud Introduces 'What Ever Happened To Cousin Charlotte?'

Indeed it is, but it went through some changes before the finished product became 1964's Hush... Hush, Sweet Charlotte. The source material for both Baby Jane and Sweet Charlotte came from author Henry Farrell, though Sweet Charlotte was just an unpublished short story when Aldrich got his hands on it (and it was actually called "What Ever Happened to Cousin Caroline?"). The story follows Charlotte Hollis (played by Davis), a recluse whose lover was murdered years before, as she's tormented by her cruel cousin Miriam. Miriam was supposed to be played by Joan Crawford, switching up their roles from their previous collaboration so that Crawford would be the tormentor and Davis the victim. However, it didn't quite work out that way.

The animosity between Davis and Crawford had only grown since the events of the 1963 Oscars, when Davis lost Best Actress due to Crawford allegedly campaigning against her. Davis also had greater creative control in Sweet Charlotte and this put added strain on her relationship with Crawford, who believed Davis was turning everyone on set against her. Though Crawford was present for the start of production on location in Baton Rouge, she soon returned to Los Angeles. Crawford claimed that she was ill and exhausted, and she checked herself into Cedars Sinai Hospital.

It was assumed that Crawford was using her possibly fake illness as leverage to gain some control over the production and get her own way when it came to certain parts of the project, like the script. After much back and forth, she did return to set, but it wasn't for long. Crawford eventually ended up dropping out of the film entirely, and the role was taken on by Davis' old friend Olivia de Havilland. De Havilland wasn't thrilled with the film or the script, but she was glad for a chance to work with her dear friend.

Hush... Hush, Sweet Charlotte was ultimately poorly received by many, garnering little of the acclaim of its predecessor. However, like Baby Jane, it became something of a camp classic.