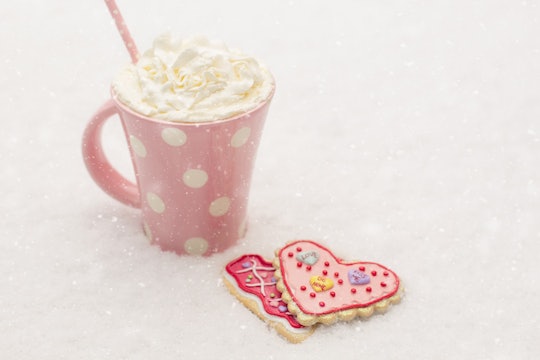 Can I Enjoy Whipped Cream If I'm Nursing?

Whether you're getting a frappé at the coffee house or sharing a dessert with your valentine, nothing makes it tastier than a dollop of whipped cream. It's literally the icing on the cake. But if you're currently nursing, have you ever wondered if consuming whipped cream is safe for breastfeeding women?

According to The Good Life France, the invention of whipped cream is attributed to the famous Chef Vatel from France. In 1671, the chef was commissioned to plan a party for the Duc de Condé, owner of the Château de Chantilly, and his cousin Louis XIV. Since then, whipped cream has become a staple in everything from desserts to drinks all around the world.

Traditionally, whipped cream was created using raw cream. This is where this sweet treat can become dangerous. According to the U.S. Food And Drug Administration (FDA) raw cream can carry bacteria such as salmonella, E. coli, and listeria, which can cause a number of foodborne illnesses. These kinds of illnesses are most threatening to people with weekend immune systems such as older adults, pregnant women, and children. New and breastfeeding moms who aren't getting much sleep may also be struggling to maintain their immune system and be at risk for illness.

Pediatrician Dr. Jack Newman told The Bump that, although it's rare, bacteria such as salmonella can also pass into a mother's breast milk if she is exposed. To be safe, nursing mothers (and, really, everyone) should only use cream that has been pasteurized.

Pasteurization is a process that kills harmful bacteria by heating milk to a specific temperature for a set period of time, according to the FDA. Most commercial dairy products, including cream and whipped cream, found at the grocery stores are pasteurized, but you always want to check the label to be sure. Finally, when going out to eat, be sure to ask your server if the dairy products they serve are raw or pasteurized so that you aren't putting yourself at risk.