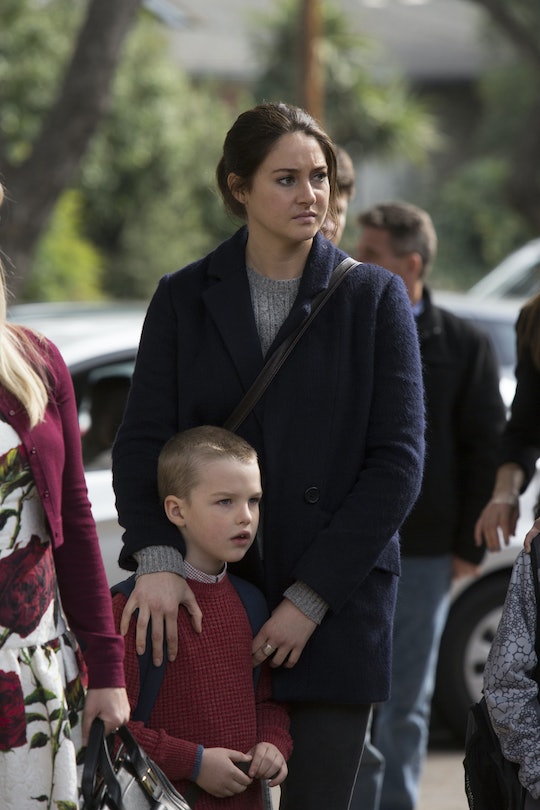 Ziggy's Story May Be Full Of 'Big Little Lies'

Deceit is the characters' bread and butter on HBO's newest series, Big Little Lies. Almost everyone has something to hide — from annoyances about another parent to dark pasts to committing murder. The series, based on the bestselling novel of the same name by Liane Moriarty, centers around a group of first grade (kindergarten in the book) children and their parents. In the story, we often go back and forth between trusting certain characters — even the kids. So did Ziggy lie on Big Little Lies? His innocence in regards to the whole choking incident is up for debate at this point in time, at least until we get a little more information on what actually happened.

The big mystery of the show is who was killed during an ill-fated Trivia Night, and who committed the crime. What makes Big Little Lies so gripping, though, is that there are numerous other questions to be answered. One in particular has to do with Jane Chapman's son, Ziggy. Jane just moved to Monterey and Ziggy is starting school with all the other helicopter parents' children. At first Ziggy was afraid of the new environment, but thanks to Madeline and her daughter, Chloe, he was more at ease and even claimed to have made friends during his first day.

That is, until fellow first grader Amabella accused him of choking her on at some point during the school day, and her mother Renata went on the defense. Ziggy swears he didn't do it and Jane seems to believe him. However, Amabella was left with marks on her neck, so she's definitely not making up the harassment. If Ziggy didn't do it, though, then why would she point at him? Could Amabella have perhaps hurt herself, and wanted to blame someone else? Could it be that an adult hurt her, and she's afraid to tell the truth?

Ziggy is adamant that it was not him. It makes sense that he would lie because he's afraid of the consequences as any kid would be, but then Renata soon lashed out at him. Wouldn't it be easier to admit it, so they could move on? Would Jane believe Ziggy no matter what, or does her gut instinct tell her he's truly innocent? We can already tell from the first episode that this will cause a rift between the parents, and may even play a part in the upcoming murder. The premiere already left us with burning questions, and unfortunately for us, we'll have to wait to find the answers. No matter what the truth is behind Ziggy and Amabella's stories, it will surely be a shocking reveal.