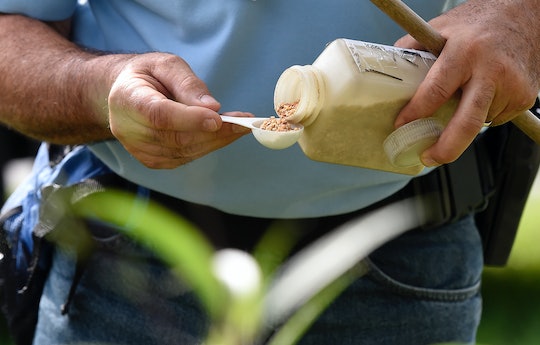 Is Zika In Belize? It Reported Its First Case In April

The Zika virus outbreak in South America had international repercussions, even jeopardizing the Olympic Games in Rio. Though the number of cases in the United States is still relatively small, threat of infection impacts daily life for many. One of Zika's biggest influences for Americans is on vacation plans. Travel advisories released by the Centers for Disease Control and Prevention give guidance on when and how to plan trips to countries with significant Zika outbreaks, but it's difficult to keep track of every area that poses a risk to travelers. Is Zika in Belize? The country reported its first case in April.

Between 2007 and April 2016, "64 countries and territories" reported Zika infections, according to the World Health Organization. Belize confirmed its first case in the same week as St. Lucia. In response, the CDC issued a Level 2 travel notice for Belize, asking people spending time in the country to "Practice Enhanced Precautions." The outbreak in the country isn't overwhelmingly large, but it's still a major concern: in June, the Ministry of Health in Belize confirmed three new cases of Zika. The CDC's warning doesn't necessarily mean that prospective vacationers should cancel their trip to Belize, but it does suggest that they need to be careful to avoid infection. Since area mosquitos carry the virus, the CDC says it's particularly critical to avoid bites by utilizing insect repellant and protective clothing, using window screens and, if necessary, bed nets, and ensuring that the hotel they've chosen is equipped with working air conditioning.

The CDC also recommends guarding against sexual transmission by either abstaining from sex or using a condom during intercourse while on vacation and for a minimum of eight weeks after the trip; if a partner is expecting, those guidelines should be followed all the way through pregnancy.

Because of Zika's ties to microcephaly and Guillain-Barré syndrome, any infection is of serious concern even if the symptoms aren't debilitating. Anyone who traveled to the area of a Zika outbreak may want to watch for development of Zika symptoms, including "red eyes, joint pain, rash and fever," according to TIME. The manifestations of illness may seem mild, but reporting them early allows a doctor to conduct a blood test to confirm an infection, monitor the patient for more severe symptoms, and offer advice on preventing spread.