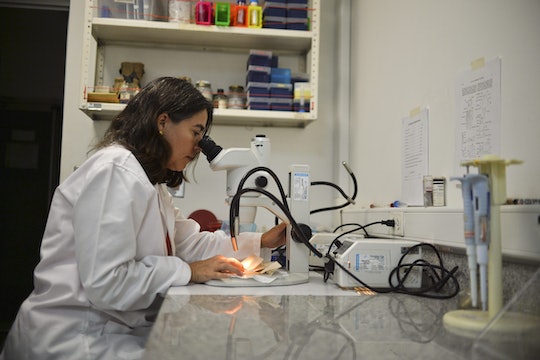 Researchers released preliminary results from a study this week that might show Zika virus is dangerous past the first trimester. The findings come from a study of 88 women in Brazil who have been tracked since they were first infected and although it's not totally definitive that Zika is to blame, the results seem to reinforce the idea that Zika is very dangerous for pregnant women and can cause all various sorts of birth defects. Dr. Karin Nielsen, from the University of California, led the pregnancy study at the Fiocruz Institute in Brazil and told the Associated Press that "it's much more than microcephaly. It seems like it can act on multiple fronts."

The preliminary results are based off of the first 42 Zika infected women who agreed to ultrasounds. Those ultrasounds found issues in about 29 percent of the infected women. The ultrasounds for the uninfected women were all normal. In that 29 percent of abnormal ultrasounds, the researchers found abnormal brain development. They also saw two fetuses die in utero during the last trimester, poor development even without microcephaly, underdeveloped placentas, and they had to do one emergency C-section because of low amniotic fluid. It's a whole host of issues.

The main takeaway from the new study is that Zika can affect women anytime during their pregnancy, not just the first trimester, as previously thought. Although it's not absolutely definitive that the cause of all of these problems is Zika virus. But the researchers say that it's not not Zika either, which is why all of the travel warnings and other precautions issued from the Centers for Disease Control might be worth heeding. Already the CDC has updated its testing guidelines for Zika, recommending that pregnant women get tested 2-12 weeks after traveling to Zika infected areas even if they aren't showing symptoms of the virus.

Dr. Christopher M. Zahn of the American College of Obstetricians and Gynecologists told the Associated press that there are still, unfortunately, "many unanswered questions." He added that even if there is not a perfect link between the defects and Zika, the results add weight to the hypothesis and serve as "additional evidence suggesting an association between Zika virus and negative obstetrical outcomes, including birth defects and fetal demise."

This news comes on the heels of another study released this week that linked Zika to Guillain-Barré syndrome, which causes temporary paralysis. In French Polynesia, there has been an uptick in cases of the syndrome in patients both pregnant or not. Like the Brazil pregnancy study, though, more testing has to be done to prove a direct correlation between the virus and the outcomes.

In all Zika affected areas, though, the fact that more researchers and doctors on the case to find out all of the effects the virus can have is good news. In the meantime, it's worth focusing on preventing new infections, especially in pregnant women.