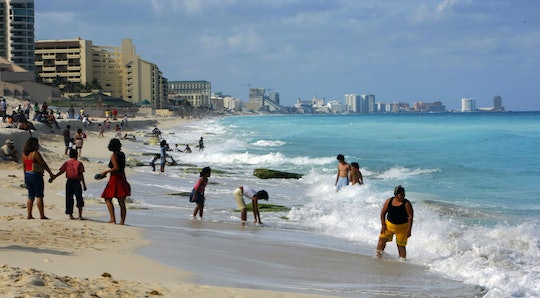 It’s the height of summer and peak vacation season, so lots of people will be heading off on long-awaited cruises and beach getaways. And with it’s reputation for inexpensive flights and all-inclusive mega-resorts, Cancun, Mexico, has been considered a top summer destination. But travelers who are pregnant or considering getting pregnant might have concerns about the spread of Zika south of the border. Fear of the virus has already caused many to avoid travel to Central and South America in recent months. But is the Zika virus in Cancun? Government health officials have urged vacationers to use extreme caution.

The Centers for Disease Control has reported local transmission of Zika in Mexico, meaning mosquitos there have been detected with the virus and are infecting people. And since January of this year, Mexico has been on the list of countries considered high-risk for contracting Zika, according to the CDC website. That’s probably more than enough reason to proceed with caution, but a March report on the prevalence of Zika-carrying mosquitos in certain areas added an additional layer to those warnings. Because the species of mosquito known to carry Zika is rare at high altitudes, the agency adjusted its advisory to say that travel to Mexico City, San Cristobal de las Casas, and other cities above 6,500 feet was probably safe, according to a CBS News report.

But according to WorldAtlas.com, Cancun’s highest elevation is just 33 feet above sea level, keeping the popular city well within the CDC’s original travel warning. And, according to news site El Universal, there were as many as 667 people with Zika in Mexico in June, including 287 pregnant women. Citing newly released figures from the country’s health ministry, the outlet reported that at least three of Mexico’s reported Zika infections were in the state of Quintana Roo, where Cancun is located.

So while it’s difficult to say whether Zika has been detected in the city of Cancun, there is certainly enough reason for vacationers to take additional precautions. The CDC has urged travelers to the area to use insect repellent, mosquito nets, and special clothing to prevent mosquito bites. But with new evidence that Zika stays in semen for months — and that spreading Zika through sex may be easier than once thought — health officials have begun to stress the importance of taking precautions to prevent sexual transmission of Zika, too.

Given the ever-changing landscape of what researchers know about Zika, staying informed is going to be critical. Anyone planning a vacation to Cancun this summer will probably want to keep a close eye on the CDC Zika Travel Information website for the latest on transmission news and travel advisories. Better safe than sorry, right?