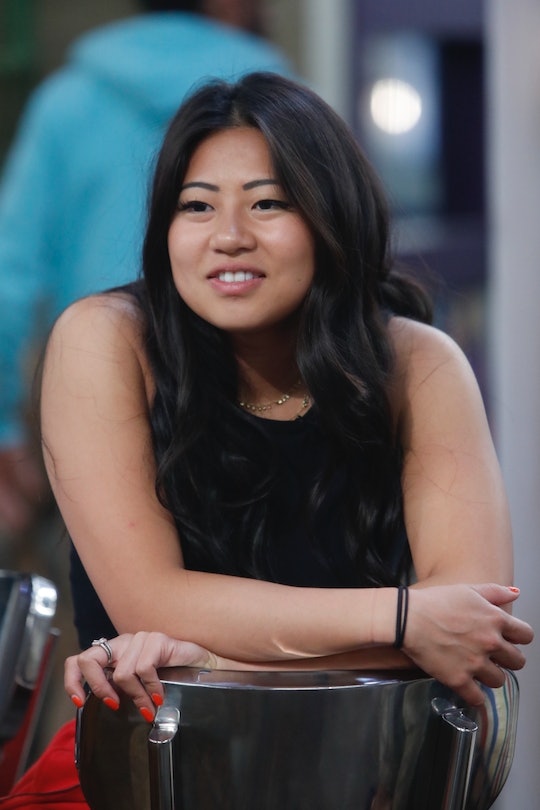 The Big Brother Season 21 houseguests are officially moved in. As the scheming gets started, viewers can dig up social media clues on the cast to learn how much truth they are telling the house and how much of their personalities are just strategy. One of the brightest personalities in the house is Isabella, whose mom definitely didn't understand much about what going on reality TV meant. So, it made me wonder if Isabella Wang's Instagram from Big Brother chronicles any other secrets she keeps from her parents. In my opinion, those are the best kind.

Isabella is a public health analyst from Mount Olive, New Jersey who currently lives in Los Angeles. Her Instagram handle is @isabellawang, and it documents her travel exploits, though she doesn't update constantly. I definitely respect a cross-country move, but that's not even the most impressive traveling she's done. "I climbed Mt. Kilimanjaro... but I didn't tell my mom," she confessed in her official bio for CBS. "She still doesn't know. I told her I went to my best friend's house and she would call my best friend (Cassie) and Cas would say that I had diarrhea and was sick and could not get to the phone." Erm, Bella? I hate to break it to you but it will only take her a few seconds to figure out now. You know, because you just told the entire internet.

She's not the only one who can pull travel tricks though. She told ET Canada that when she was 12 years old, her dad dropped her off in rural China for two months without giving her a heads up about it. Harsh. "He talked about it with [family I never met] beforehand, but not with me. No one told me."

I'm not proud to admit this, but I don't do well without internet for an hour if I don't plan it. So I can tell you that I'll probably never be in rural China without consenting, but 12-year-old Bella took it well all things considered. "I like cried for three days and then I'm like, 'Ok, crying will get me nowhere, like let me see what this is all about.'"

The trip definitely gave Bella perspective, and maybe even helped define her life's purpose. "That's when I had my first experience of like, wow America really is such a first-world country. We take so much for granted, and that's why I'm so passionate about public health now."

But Isabella's instagram definitely reveals more than her wanderlust. I can glean a little bit about her Big Brother strategy after scrolling a little bit deeper than the initial grid of nine posts. For example, there will be no showmance for this girl, because she seems to be taken. Her man is scarce on her account, but as you can see from the picture above, he's definitely not hidden. The latest evidence I can find of him is a throwback post from the Kilimanjaro climb dated March 26, 2019.

I was really happy to uncover her relationship because people in showmances hardly ever do well — and definitely don't make it to the finale together. Bella is part of Big Brother 21's first big alliance, "Gr8ful." While I love rooting for the underdog, I wouldn't mind watching her breakaway from the group and betray one of the boys who thinks they are running things. I hope Isabella's Big Brother game becomes as fun to watch as her social media presence.