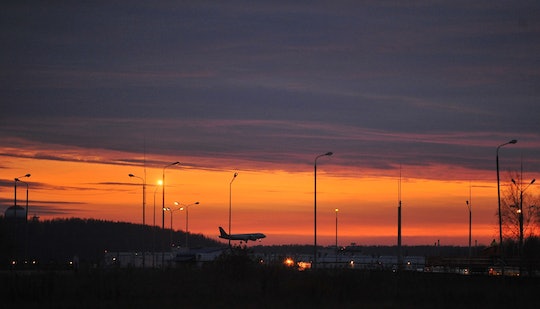 A U.S. official confirmed Wednesday that according to the latest U.S. intelligence, an ISIS bomb may have caused the Russian plane crash into Egypt's Sinai Peninsula Saturday. News of a possible bomb leaked earlier in the day, after Britain's Prime Minister David Cameron spoke with ITV. "As more information has come to light, we have become concerned that the plane may well have been brought down by an explosive device," Cameron said. While the investigation continues at both the crash site and the Egyptian airport, British authorities have cancelled all flights to and from Sharm el-Sheikh, Egypt.

Clues obtained so far from the wreckage certainly support the hypothesis that a bomb may have blown up Metrojet Flight 9268. Though CNN reports the official stressed that the information was in no way conclusive, "there is a definite feeling it was an explosive device planted in luggage or somewhere on the plane." U.S. officials made their assessment by looking back at intelligence gathered before and since the plane crash on Saturday. U.S. Intelligence did not have verified information prior to the crash, but as their official told CNN, "there had been additional activity in Sinai that had caught our attention." Meanwhile, ISIS has publicly claimed responsibility for the plane crash, but those claims, as well as their private, classified communications, are being investigated.

The families of the 225 people killed in the plane crash have been told by the Russian government that the investigation will take several weeks. While investigators have yet to find any residue or chemical evidence of an explosion on the plane's remnants, the Cockpit Voice Recorder (CVR), sometimes known as the "black box," captured unusual and brief sounds the moment before the flight disappeared. The lack of emergency signal or warning from the pilots supports the hypothesis that the crash was caused by an explosive device rather than a mechanical issue.

Recently, the forensic investigators have reported that the bodies of the victims also lack explosive residue, but those in the front of the plane incurred different injuries from those in the back. Shrapnel was found in the bodies of the passengers near the rear of the plane, suggesting some sort of explosion occurred in the fore of the aircraft.