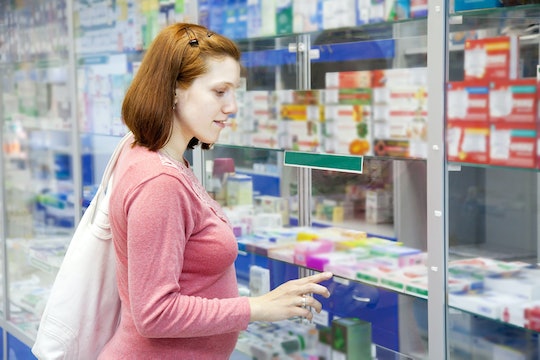 The New York City Department of Consumer Affairs (DCA) recently released its first study of gender pricing in New York City, and things are not looking good for women. The study, which looked at 800 items in multiple industries and across the life cycle, found that items geared towards women were more expensive in all but five of 35 product categories. On average, the DCA found, women pay 7 percent more for products than men, with the highest inflation being 13 percent for personal care products.

In a press release announcing the findings, Chirlane McCray, honorary chair of the Commission on Gender Equity, made sure to further the conversation by pointing out the wage gap, as well.

This study confirms a sad reality that women are confronted with every day – we pay a high price for our gender. And more expensive toiletries are just a fragment of the problem. It’s harder for us to secure good jobs. When we do get a job, we are generally paid less than men. And when, despite the obstacles, we do succeed, we’re judged for ‘acting too much like a man’ or not taking good enough care of our families.

It's not just consumer products, either. According to Marie Claire, women also pay more for dry cleaning, mortgages, health insurance, cars, and car repairs. Basing the math on a 1996 study that looked at the financial impact of gender pricing, they calculated that the burden of gender pricing leads to markups of $151 billion for women.

Why hasn't anything changed since that 1996 study nearly two decades ago? Because retailers aren't willing to push for it. If large retailers negotiated for it, they could achieve a lot with brands and vendors. But where's the financial sense in that? Lowering sales is not in their best interest, understandably, and things won't change until they are actually losing money by gender pricing. Newcomers in the business are disrupting things by offering the same, cheaper products for men and women, such as ShaveMob, which offers pink and grey razors for the exact same price.

As a result, women have to shop around, find the best prices, and haggle more. Marie Claire reports that stores are more likely to mark down a price for men, since they generally haggle more (just like men are four times more likely to ask for raises than women are). At the same time, admittedly, some retailers will be willing to let a haggling female customer go just so that they can keep prices higher for the rest of them. Again, it makes financial sense, even if it is despicable.

So what can you do to lower the cost of being female? To start, buy the men's version (it doesn't really matter what color your razor is, right?) You can also support retailers that exercise equal pricing.And don't forget to use your voice — we live in the age of Yelp and social media. When you find ridiculous examples of gender pricing, share them with the world. When you find places that aren't taxing you for being a woman, give them a boost. Stop paying more for your gender, because as long as you continue to do so, retailers will never change their ways.