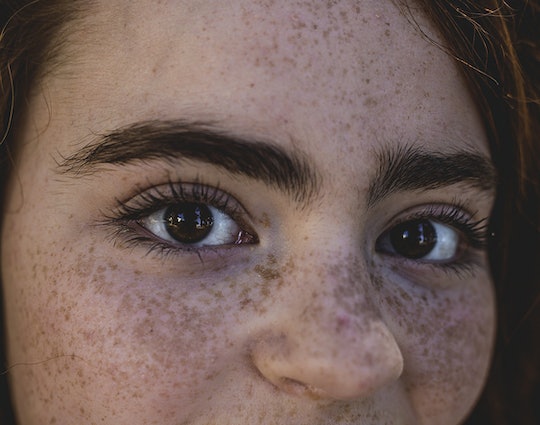 FYI, This New Supreme Court Ruling Just Made It Legal To Lie To Pregnant Women

In a 5-4 ruling, the United States Supreme Court ruled that fake health clinics — also known as crisis pregnancy centers — can lie to women about their pregnancies, their health care options, and about abortion procedures. The Supreme Court's decision reverses a California law requiring unlicensed anti-abortion crisis pregnancy centers to disclose that they don't have a medical practitioner on site, and licensed clinics to provide women information about free or low-cost abortion care available throughout the state. Five conservative men voted to overrule the state regulation in the name of "free speech," continuing a long-standing tradition in the United States: lying to pregnant women.

"Sadly, this country is making it harder and harder for low-income people and people of color to get health care in general, and in particular reproductive health care and the full information about their reproductive options," Kelly Blanchard, president of Ibis Reproductive Health, tells Romper. "This, sadly, is a continuation of the way we really limit women's ability to make their choices about their pregnancies and their lives."

Now, there are over 3,000 fake women's health clinics in the United States, and many of them are positioned near hospitals and health care clinics that provide abortions. According to a March 2018 article in the AMA Journal of Ethics, these clinics have "lay volunteers who are not licensed clinicians [and] often wear white coats and see women in exam rooms." Not only do these clinics dress non-medically trained volunteers in scrubs, but they manipulate Google searches to appear first when someone searches for abortion care, and lie about the safety of abortion by claiming it causes cancer, infertility, and mental health problems.

Lying to pregnant women about their options, or about abortion in general, is nothing new. "We have many state laws that force doctors to tell women information that is false in order to scare them away from abortion services." Blanchard tells Romper.

Anti-abortion laws force doctors to read lies about the risks of abortion, but a law that forced fake clinics to tell the truth to pregnant women was overturned.

Currently, 18 states require women to sit through mandated counseling. In five of those states, that counseling includes false information about the supposed link between abortion and breast cancer (According to Susan G. Komen, research clearly shows that abortion does not increase the risk of breast cancer.) And in eight of those states, women are subjected to state-mandated false information about the long-term mental health consequences of abortion care. (According to a 2016 study published in the journal JAMA Psychiatry, "there is no evidence that women who have abortions risk developing depression, anxiety or low self-esteem as a result of the abortion, either immediately following, or for up to five years after the abortion.")

Anti-abortion laws force doctors to read lies about the risks of abortion, but a law that forced fake clinics to tell the truth to pregnant women was overturned because, according to Justice Clarence Thomas, the law "targets speakers, not speech, and imposes an unduly burdensome disclosure requirement that will chill their protected speech."

In the United States of America, when talking to pregnant women, a lie is both protected speech and a mandated rule.

Perhaps we, as a nation, have cared very little about the lies we tell pregnant women because they disproportionally affect women of color and low-income women.

"Like all abortion restrictions, crisis pregnancy centers are predominately targeting women of color and low-income women," Blanchard says. "They're targeting women who need care or who need support, and like other abortion restrictions, it means that people who struggle with barriers to access health care broadly, and to reproductive health care, are going to be even more harmed by these regulations."

Rather than helping minority communities, [fake women's health clinics] may leave women of color in worse situations and may harm their health.

Currently, women of color are three to four times more likely to die in child birth than white women. According to the Centers for Disease Control and Prevention, half of those deaths are preventable. But instead of investing in health care for black women, fake women's health clinics and those who champion them are happy to target black women with the hopes of spreading false information about their health-care options. According to the National Women's Law Center's website, "Rather than helping minority communities, [fake women's health clinics] may leave women of color in worse situations and may harm their health."

So while the Supreme Court ruling is abhorrent to anyone who believes pregnant women should have be provided with accurate, evidence-based, judgment-free information about their health care, it is also the norm in the United States.

So, no, this court ruling is nothing new. Sadly, women already knew not to trust a thing the government told them.

Correction: A previous version of this story misattributed a quote. It has since been corrected.