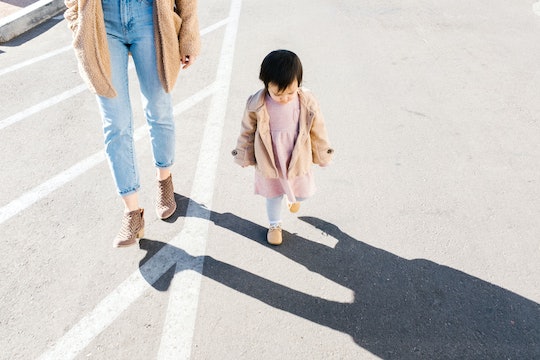 The Baby Name Trend Still Too Radical To Catch On

It’s a story I’ve heard a million times. When my unmarried parents discovered that my mother was pregnant, two things happened. They quickly took a shotgun wedding off the table for anyone who thought that was the next obvious step, and my mother decided that she wanted me to have her surname when I was born. After some discussion, my father agreed with — the condition that if they decided to get married my last name would be switched to his, an easy alteration with his name on the birth certificate. That was in the early ‘90s and I still carry my mother’s last name to this day. It’s something I’ve always been proud of because it shows that it doesn’t have to be one size fits all when it comes to families. As time has gone on, non-traditional family dynamics have become more accepted and commonplace, however, giving a child their mother’s last name is still seen as radical.

I often scroll through my social media feed, now full to the brim with baby announcements, and see a sonogram photo, accompanied by a hashtag combination of the last name and the word "baby." In every single announcement and hashtag, it is always the father’s surname, regardless of family dynamic or marital status. There is obviously nothing wrong with this — every family deserves to make the choice that is right for them whether it is a uniform last name, hyphenated or otherwise — but it does make me wonder just how many couples or single parents considered having a conversation about the last name at all.

For those that do decide to have a conversation with their partner it appears deciding is the easy part. In 2014, writer Molly Caro May author of Body Full Of Stars: Female Rage And My Passage Into Motherhood wrote about the decision to give her daughter her surname, and the surprising backlash she received from her community.

For May, the original decision was less of a political statement and more of a common-sense moment:

“Initially, it just made sense to me — why wouldn't she have my last name, I thought? I didn't take my husband's name, so it was already a way of being for me. The reason didn't change so much as solidify.”

Yet, even now her daughter will come home with paperwork listing her husband's last name as the surname. “She goes to this tiny public school and she just did her first science fair project and the teachers helped them type up their names to put on the boards. AND the teacher typed up her name with my husband's last name as her last name,” wrote May. “So there it is. It's ingrained in all of it.”

It does make me wonder just how many couples or single parents considered having a conversation about the last name at all.

It can be surprising at how often people push back at different name dynamics, whether it’s subconscious or intentional. Growing up I’ve had to explain my last name to teachers when they’d reach out to shake my father’s last name and call him “Mr. Lavoie.” For some reason, people's decisions can become open for critiquing the moment a child is involved. May received a surprising amount of pushback from the choice, with people often joking that she was emasculating her partner if they went through with it.

It didn’t matter that she had kept her own last name upon marriage.

This seemingly direct link between last names and patriarchal norms can be part of the reason families find it so hard to have the conversation in the first place.

For Taryn Myers, a mom living in Virginia, just the idea of hyphenating her child's name received pushback. “It's so silly that it's confusing why we would not just use the father's name,” she tells me. “Anyone who thinks we live in a post-feminist society should just look at how people react to issues like this one that don't conform to our patriarchal traditions.”

For many, a big argument around name changes is preserving the family legacy. But for one mom that was exactly what she was doing when she gave her son her last name.

“One year before having my son, my brother passed away,” Lauren Eastman tells me. “He was the last male in our family with our last name and it would have died with him essentially as he was childless. In addition, I was not married to my child’s father, it made sense to pass my name to my son.”

History has always valued the name of the father over the mother — in fact, in history giving a child their mother’s last name often inferred that the child was a bastard and that the father need not have any hand in supporting or raising it. Wasn’t history just a fun time? It should be pointed out that the rising public presence of LGBTQ families has championed non-traditional choices. When you don’t immediately fall into the stereotype, it is easier for you to openly discuss name options.

Though the role of parent is not in the immediate future for me, my partner and I have already discussed the potential for names if the need arises. I also asked advice from others who have had this conversation before and the biggest feedback has been honesty and transparency before the need for the discussion even arises.

“For me it's about the revolution. Really. People say, ‘Well, we need balance, so don't leave out the men.’ Yes, I hear that, but in order to restore balance, it requires giving space for mother's surname. A lot” wrote May in her original piece on the topic, which brought its own small storm to the internet.

Gone are the days when women are reassigned from their father’s ownership to their husband’s and now it’s time to adjust the language affecting children as well. Because the idea that the paternal surname is a given for a child is a sign we haven't come as far as we imagine — if a television character can spark a revolution, maybe a last name can too.