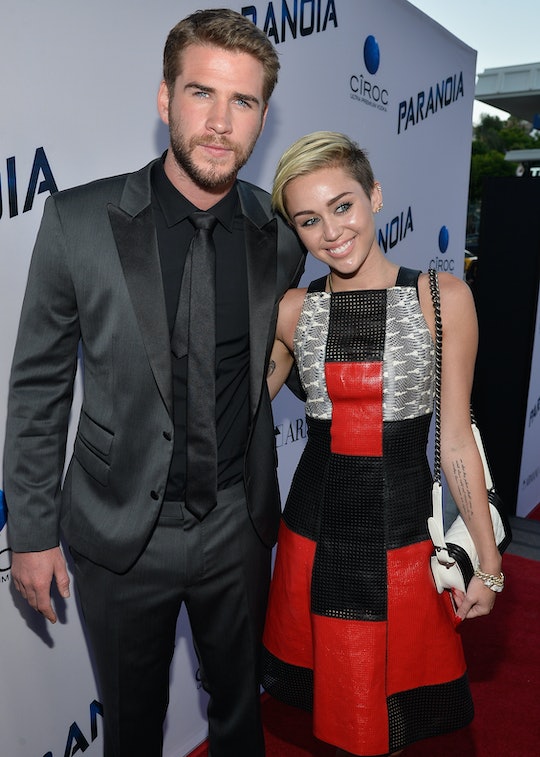 It Looks Like Miley And Liam Hemsworth Are Definitely Back Together

It looks like the rumors might be true: Miley Cyrus and Liam Hemsworth were spotted hanging out this weekend at the Falls Music Festival at Byron Bay. So it looks like they might be back together (cue your playground sing-song voice). According to the Sydney Daily Telegraph, the couple was kissing and cuddling. Or, as they put it “canoodling.”

According to reports, they spent about an hour in the VIP section but then went out to the main area and were very “low key” with Liam’s brother Chris and his wife, Elsa Pataky. Recently, Hemsworth told Men’s Fitness that he’ll always have a soft spot for Miley, telling the magazine:

You fall in love with who you fall in love with. "You can never choose. I guess some people just come with a little more baggage. I mean, look — we were together five years. I don’t think those feelings will ever change. And that’s good because that proves to me that it was real. It wasn’t just a fling. It really was an important part of my life and always will be.

While the duo was lowkey, some fans were happy to spot the couple enjoying the tunes and the holiday weekend:

The couple was engaged in 2013 but just when Miley started being, well, Miley, they broke off the engagement. At the time, Miley said she was struggling with anxietybut was always going to love the guy. Sometimes, the timing just isn’t right. But they’re sort of too cute to be single.