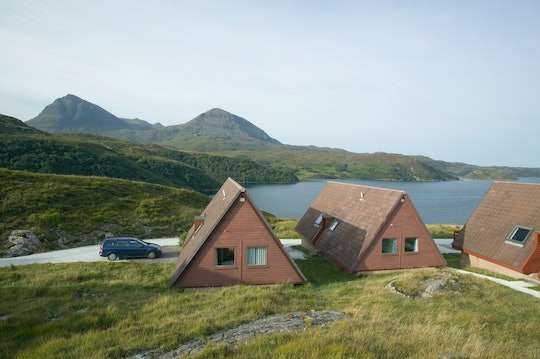 When The World Hits The Parenting Reset Button

There are different ways to react to a threat. Upon seeing the Bolsheviks shoot a relative in the 1930s, Karp Lykov fled with his wife and children into the Siberian forest, where they lived in isolation, feeding on berries, nuts, and their staple, potato patties mixed with ground rye and hemp seeds, until they were discovered in 1978. When an expedition of scientists reached their hut 150 miles into wilderness, the family greeted the intruders with suspicion. “The old man did not reply immediately,” wrote geologist Galina Pismenskaya of the encounter. “Finally, we heard a soft, uncertain voice: ‘Well, since you have traveled this far, you might as well come in.’” The Lykovs had survived the war, obviously, but overshot the armistice by about 30 years. In the meantime, they had learned to grow crops like hemp, from which they made and patched their clothes, birthed two children in the wild, and passed their time telling each other their dreams.

It’s early days here in Brooklyn, with most of the country only a week and a bit into social distancing (another five to 23 weeks of no school lie ahead) and the ominous curve still reaching up into a high kick, but many already feel they have gone to seed. Some are handling being home and shut in with their kids by creating daily schedules and distance-learning programs. Some are trying panic on for size as the news outside their door worsens. I am among those who have managed isolation and a remote workload by letting their child open up the vacuum cleaner and dig around inside without pants on. The wear is showing on every parent I know. (Akulina Lykov, the Siberian mother, didn’t get to meet the geologists, having sacrificed herself during a year in which food was hard to come by — it's never easy to be a mom.)

My kids know something is up. They were out scritching chalk onto the front stoop late the other day, airing out like tuberculosis patients on the balcony of a sanitarium when neighbors began to emerge. Across the street, a neighbor in a face mask gave a wave in our direction. I held my toddler son up in the air so he could see over the bushes to his daycare owner, who was sweeping the pavement. He hollered “Ja-phy!” in his jolly Caribbean accent as if he hadn’t seen my son in months. It felt like he hadn't. When my son got crabby, I shepherded us back inside, up to our apartment where, save for one breakfast and one dinner when my husband was home last week, it’s been just the three of us for a couple of weeks.

The kids have dealt with the shift differently. My son has insisted I call him "Window" (also James from Princess Sophia; sometimes also Princess Anna and sometimes Blitzen), has peed on his Pottery Barn armchair twice, and our IKEA sofa once. Both kids tend to cluster wherever I am, the way iron shavings feather around a magnet. My daughter got very upset one day because we “left her” in a different room — this in an 800-square-foot apartment. In the space of a couple of hours yesterday, my 3-year-old sprayed himself in the eye with an old perfume bottle, and took a bite out of a lemon. He wakes up in the morning, tiptoes into my room, then yanks the covers off me and yells “Wake-up time! Get up!” like a Soviet boxing coach. Two nights ago, my 4-year-old asked in a sweet, happy voice, “When is Daddy coming back? Did he die?”

Strangest of all is how quickly they’ve adjusted to having me there all day. They fling their bodies at me with violent delight from sunup to sundown, and I constantly have to protect my teeth from flying heads. I’ve read enough stories about boys raised by wolves to know that they will quickly forget the before, and know only the time when every night was Supercouch and mum was endlessly available to park their butts on.

There are efforts afoot to keep everyone connected during the shut-in, keep a sense of normalcy, stave off any discomfort, and so on, but it’s somewhat a relief to find that there are no expectations now, no norms to honor — it’s the great undoing. Becoming a parent is a great discomfort, and most handle it by “muddling through,” as my crush, the pediatrician Dr. Harvey Karp, says. Where I feel like I had dodged the heavy work of parenting by tagging in and out with my husband, and relying on daycare and pre-K teachers, I’m here and on my own now, through the thousand good, bad, and absurd moments that happen every day, and realizing that I have been peering through a pinhole at my children. Watching my kids ensconced in a strange game of make-believe, pretending to be babies or dinosaurs or sleeping cats or taking turns pretend-sleeping, it’s obvious there’s a lot I don’t know about them, these people who came out of me then healed over their umbilical stumps and grew into separate beings. If you let him, my son will tell you a long, detailed story about a large pancake monster that lives in the woods with two legs, two eyes, and one hand. He let me trace rainbows on his forehead for a good minute today, and later insisted on kissing me all over my face. What have I not been giving him up until now?

Despite being in the middle of a city of 8 million people, we feel cut off, though the benefit of having said “screw it, I’m going to make my own people,” as Seinfeld put it, is that children provide an in-built social sphere. It is both a) just us, and b) a lot. There’s no backyard to let the kids run around, so we move from room to room in the apartment during the day in our own demented version of the Carousel of Progress, setting up and dismantling games until I scream “EVERYBODY CLEAN UP” in desperation after shoals of mess develop. We FaceTime with my husband, taking turns to get all noodly and silly while he sits in his office looking tired from the long hours. Without a partner to tag team with, I can’t leave the building by myself, though I asked the neighbors for a monitor swap tonight and streaked through the dark in my running pants like someone running home from war. On the next block, daffodils peered out of their beds at the green Christmas lights someone had strung up over the road.

The question all my friends seem to have is: how worried should I be? And the answer seems to be: how worried were you before? The friend with a medically fragile child is watching the panic, the revelation of immuno-friendly virtual happy hours, like an old man who went up a mountain many years ago. The boomers squeezed in their dinner cruises and art nights before retiring to work on their wine racks — they’ll listen to sound advice, but only after it comes from News@9. For others, things already seemed tenuous. My home country seems to still be patting out spot fires after a hellish summer that scorched countless places we spent childhood summers, winters, weekends. The planet is rapidly changing. Losses have been quietly tallied. My parents were due to arrive this week, but are instead holed up in their house an ocean away making daiquiris from their lime tree, hopefully with a few spare canisters of Ventolin in their cupboards.

The end of the world isn’t new, it’s just new to us. Parenting has always been part survival, and kids have always looked to us to explain the world they’re in. They grow up on stories about the gingerbread house in the woods, the bears' house, the rabbit hole under the tree, little warnings not to stray too far. Now, their world is a bit smaller — no art classes, no play dates, no zoo, no school, no Grandma’s house — it’s almost as though there is less to explain. Every parenting expert I’ve ever spoken to seems always to have been urging, at the core, for parents to simply pay attention and be there with their kids. Now we have no choice. This moment, locked in our homes for weeks on end with our children, will change how we live and how we parent. Already, I can see what happens when you empty the sensory bins, cease the narration, and let kids share their weird-ass dreams. Already, we are more creative, more resourceful than we've ever been as parents.

When the scientists stumbled on the Lykov house, they found something that looked like “‘a low, soot-blackened log kennel that was as cold as a cellar,’ with a floor consisting of potato peel and pine-nut shells.” No offense; that is how it looked to an outsider. Then again, the Lykovs not only survived the war, but built a farm 150 miles from the nearest sign of civilization and found another way to be. They raised their children to adulthood; how is home-schooling going for you? I have a soft spot in me for our efforts to style our homes, and for the bizarre sub-genre of Etsy art that caters to the mom who wants to adequately pay homage to the family she has created through photo clusters, micromerch, laser-cut portraits. Who am I to judge the Lykov's birch-bark shoes and potato flooring? The wildest thing I can say about parenting with some of the world's best experts at my fingertips is that we are each in our own house in the woods for some of it, but pretend it isn't that way.

By 3 p.m. today, me and my children were covered in face paint, my son also bare-bottomed. Furniture had been rearranged, dozens of new games had been invented and discarded. Emotions had boomeranged around the living room. Tomorrow, we will be a little bit more at home, it could go well or terribly, or both in succession. I have no fucking clue what we’re building, but eventually we will come out the other side. Will we be wearing birch-bark shoes? Will we have eaten the walls? I don't know, but things will come back together.

Since you've come this far, we'll say, you might as well come in.