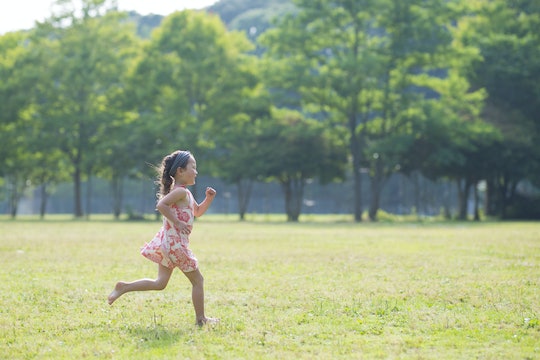 "In retrospect Sandy Hook marked the end of the U.S. gun control debate," the catch-cry goes, "Once America decided killing children was bearable, it was over." You've probably seen some version of that sentiment on Twitter, where it is attributed to Dan Hodges. It rings true every time there is another mass shooting. Just one month ago, the U.S. saw another horrific shooting in Las Vegas, which claimed 59 lives. On Sunday, November 5, 2017, a gunman opened fire at a church in Sutherland Springs, Texas, killing 26 people and making 2017 the deadliest year for mass shootings in the U.S. in over a decade. Having done nothing about gun control since Sandy Hook, parents and teachers are left with the knowledge that Americans are 25 more times likely to be shot and killed with a gun than people in other developed countries. Absent preventative measures, they are left in a dysphoric landscape to prepare their children for the worst.

One of the ways this plays out is in our schools, where students take time away from learning to practice shooting drills. Last year, a woman’s social media post went viral when she shared a photo of her daughter practicing what to do if a mass shooting occurred in her preschool. The internet, at the time, seemed shocked to learn that children were prepping for survival against gun violence.

As a former teacher, I know that these drills are an unfortunate part of our everyday lives. I used to teach at a public middle school in Massachusetts, and a few years into my career, the administration implemented a new type of drill. Gone were the days of “shelter in place” — this new drill would make students active participants in their own survival.

While explaining it to the faculty and staff, the principal theorized: “If there were a fire in one end of the building, and your classroom was at the opposite end, would you stay put or would you leave?” The answer, of course, was obvious.

I told them that, in that case, they should run as far away from the school as possible.

The new type of drill was part of the ALICE Program, an organization dedicated to empowering schools with strategies in the case of an active shooter event. The name “ALICE” is an acronym, and each letter stands for a different strategy: Alert, Lockdown, Inform, Counter, Evacuate.

During the drills themselves, students were faced with different scenarios and had to respond accordingly. We practiced the fastest way to get out of the building in the event that a shooter was approaching our classroom. My students didn’t quite believe me when I told them that, in that case, they should run as far away from the school as possible, either to their own house if it was close enough, a friend’s house, or one of the restaurants down the street.

During fire drills, for example, they were supposed to stand in an orderly line without making a sound — and now I was telling them to run in any direction — even to Dunkin Donuts? But the logic behind ALICE Training is that everyone should do anything they can to survive.

In a scenario where a shooter was approaching our classroom, my students were taught to throw anything they could at them — books, chairs, desks, literally anything. We practiced this by throwing empty water bottles at a faculty member dressed in a black hoodie.

My classroom was on the second floor, and one year I had a lengthy conversation with my students about the option of simply jumping out the window. “We’d all break our ankles,” one kid said. Another quickly shot back: “Yeah but that’s better than getting killed.” The ease with which these comments left the mouths of 12 year olds was disconcerting at best, devastating at worst.

The biggest change from those “shelter in place” drills I remember as a kid was the “Counter” portion of the ALICE Training. In a scenario where a shooter was approaching our classroom, my students were taught to throw anything they could at them — books, chairs, desks, literally anything. We practiced this by throwing empty water bottles at a faculty member dressed in a black hoodie. Some of my students took the whole thing as a joke, reveling in the rare opportunity to throw an object at a teacher. Others, I could tell, were nervous, quietly asking me questions like: “What would we do if you got shot?”

Would I protect my students at the cost of my own life? Am I a bad teacher if the answer to that is “no"?

Personally, I hated ALICE Drill days. They filled me with anxiety; I suddenly had to become an expert on something I had no experience with, and had to answer questions that I genuinely did not know the answer to. I also had to ask myself hard questions like: Would I protect my students at the cost of my own life? Am I a bad teacher if the answer to that is “no"?

But the main reason I hated ALICE Drill days was the simple fact that these were children, practicing what to do if a gunman came to their school. This wasn’t a fire drill, or a tornado drill. Mass shootings are not accidents, or scientific forces of nature. They’d be completely avoidable with the implementation of common-sense gun policies. And that’s what is so infuriating here; instead of our lawmakers taking action to ensure that no one ever brings a machine gun into a school, teachers have to take time away from learning to inform students what to do if it happens.

It’s mind-blowing to me, as a former teacher, as a parent, and as a human, that politicians wouldn’t be jumping at the chance to ensure a safer country for everyone — and especially for children. It’s maddening that after even after the devastating Sandy Hook shooting — which killed 26 people, 20 of whom were children — things didn’t change. The time for gun reform isn’t just now, it’s yesterday, it’s last month, it’s last year. We are so far down the rabbit hole, I don't think we even realize it.

Children shouldn’t have to practice how to survive in the face of a gun. Congress should simply make sure it never happens at all.

More Like This
Searching For Home As A Lifelong Renter
Home Reno Culture Makes Me Feel Like I Live In A "Before" House
I’m Getting Dual Citizenship For My Jewish Children, Just In Case.
Is It Bad That My Kid's Potty Mouth Doesn't Bother Me?